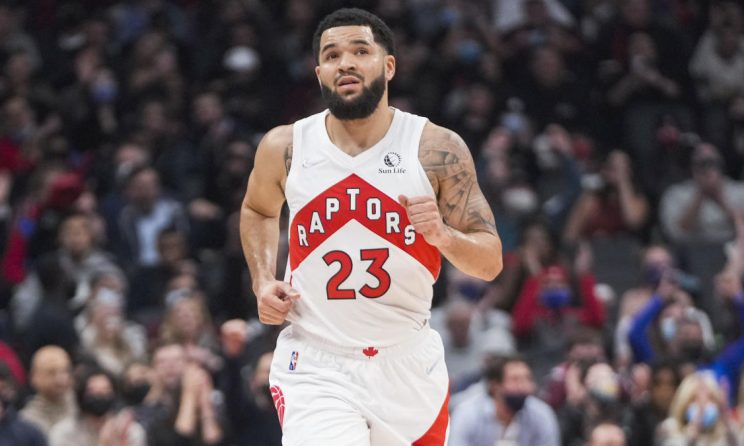 More than 80 players are currently in the NBA’s COVID-19 health and safety protocols, and the uptick in cases has led to seven postponed games this month. In order to limit postponements, the league and the National Basketball Players Association have reportedly agreed to new rules about signing replacement players, and the two sides have also agreed to temporarily tighter protocols that call for more testing and stricter mask requirements from Dec. 26 to Jan. 8, per ESPN and The Athletic.

Players and staff members have tested positive for the Omicron variant, and multiple teams are dealing with outbreaks. Five Cleveland Cavaliers players tested positive for COVID-19 on Sunday, and they joined two teammates already in protocols. The Brooklyn Nets have 10 players in protocols, including stars Kevin Durant, James Harden and the unvaccinated Kyrie Irving, who will rejoin the team when he’s cleared but will not be permitted to play games in New York or Toronto. The Boston Celtics have six players in protocols, as do the New York Knicks and Sacramento Kings.

The Chicago Bulls had 10 players in protocols before the NBA parked them last week, postponing their games on Dec. 14 and 16. Chicago returned to the court Sunday, the same day the league announced five more postponements. The Toronto Raptors have seven players in protocols, but are still planning to play Wednesday’s game at Chicago, per ESPN’s Adrian Wojnarowski.

Players who are not fully vaccinated must enter health and safety protocols if they are found to be a close contact of a person who has tested positive. As of Dec. 17, players who have not received a booster shot will be subject to tighter restrictions, including game-day testing. If any player tests positive for COVID-19, he must immediately isolate until 10 days have passed from that test or the onset of symptoms, or until he tests negative on two PCR tests 24 hours apart.

Toronto announced on Dec. 15 that it would play its home games at 50 percent capacity, and this policy took effect on Dec. 18 against the Golden State Warriors. No other NBA team has taken such a measure this season.

Below is a regularly updated, team-by-team list of players in health and safety protocols, along with the date they entered:

Players in health and safety protocols