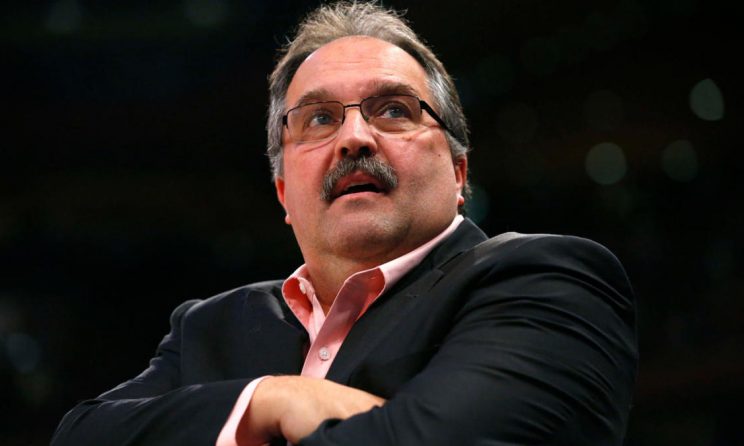 The 2020 NBA offseason may not be as long as usual due to the fact that the 2019-20 season ended in October, but that doesn’t mean that there will be a shortage of activity. The 2020 NBA draft and free agency are still weeks away, but there have already been some major moves made when it comes to coaching.

NBA coaches are hired — and fired — every offseason. It’s part of basketball, and this year has been no different as a number of top jobs around the league have become available, and subsequently filled. Teams are constantly looking to get better, and switching up the person calling shots from the sideline is typically one of the first moves made by an organization in the name of improvement.

Most recently, Stan Van Gundy agreed to a deal with the Pelicans to become the next head coach of the franchise. The deal between the two sides is reportedly for four years. During that time, Van Gundy will be tasked with building the team into a perennial contender in the competitive Western Conference while also overseeing Zion Williamson’s growth into a superstar.

Elsewhere, the Indiana Pacers hired Toronto Raptors assistant Nate Bjorkgren to be their next head coach. The team made the hire official Tuesday afternoon, but the details of the contract are not yet known. Bjorkgren had been an assistant with the Raptors since 2018 after Nick Nurse became the coach in Toronto.

Also making a coaching hire were the Los Angeles Clippers, who elevated assistant coach Ty Lue to the position of head coach as the two sides came to an agreement on a five-year deal. Lue will be the successor to Doc Rivers, who signed with the Philadelphia 76ers earlier this month after spending seven seasons with the Clippers. Despite title expectations this season, the Clippers lost to the Denver Nuggets in the Western Conference semifinals, and after that disappointing finish the front office clearly felt that it was time for a change. It didn’t take long for Rivers to find a new job, however, as he agreed to a deal with Philadelphia just a few days after parting ways with L.A.

Elsewhere around the league, the Chicago Bulls hired Billy Donovan as their new head coach. The former Thunder coach parted ways with OKC after their first-round exit against the Rockets. Donovan will now lead a young Bulls team that has undergone all sorts of changes this offseason, and is looking to get back to the playoffs for the first time since 2017. The Brooklyn Nets made the first surprise move in finding a new coach, as the franchise hired Hall of Famer Steve Nash to lead the Nets into a new era.

Not keeping their jobs were Pacers’ Nate McMillan, who was dismissed after four seasons as well as 76ers’ Brett Brown, who was fired after seven seasons, including a sweep at the hands of the Celtics in first round of the NBA playoffs. Also, Mike D’Antoni decided to leave the Rockets, the Bulls fired Jim Boylen and the Pelicans fired Alvin Gentry earlier in the month. In July, the Knicks hired Tom Thibodeau as their next head coach after an extensive search directed by new team president Leon Rose.

We’ll keep you updated below with all the coaching moves around the league.