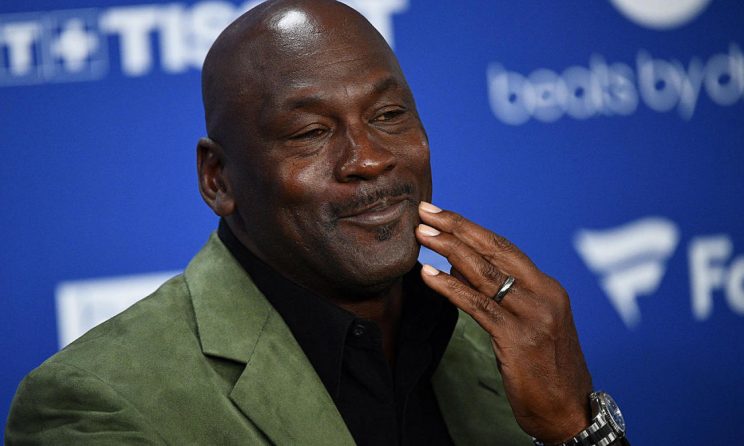 Among the more interesting things about ESPN’s 10-part documentary series about Michael Jordan, “The Last Dance,” is its ability to draw the interest of viewers towards characters that aren’t just His Airness himself. One of those characters that stood out the most was his longtime personal security guard, John Michael Wozniak, who became a bit of an internet sensation with a clip of him mocking Jordan’s famous shrug during a game of dice making it into the documentary series.

For those who would like a physical embodiment of the relationship between Jordan and Wozniak, now’s your chance. Lelands Sports Memorabilia is selling a variety of gifts given to the bodyguard during his career protecting the six-time NBA champion. Items include a diamond-studded ring from Jordan’s sixth NBA championship, a Rolex watch that Wozniak got from MJ for Christmas in 1993, a game-worn jersey from Jordan’s tenure with the Washington Wizards and Wozniak’s security jacket from working with the Chicago Bulls.

Wozniak died in January after a long battle with cancer, and before the airing of the documentary. He was 69. Before becoming a bodyguard to the most famous basketball player on the planet at the time, he was an Army veteran and an ex-narcotics cop with Chicago Police Department.