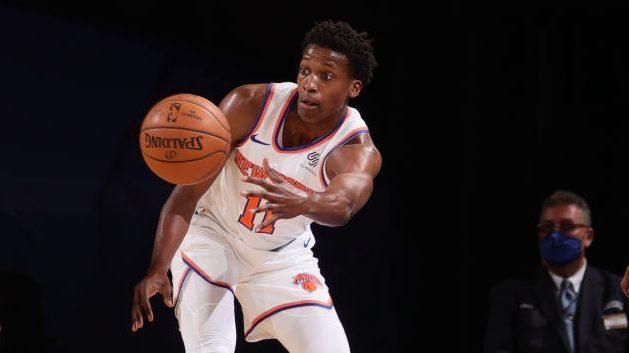 Dallas is basically set at the guard spots. Luka Doncic is your point guard and dominant ball handler, with Jalen Brunson and Trey Burke getting the rest of the minutes at the one. Just re-signed Tim Hardaway Jr. will start at the two guard, and newcomer Reggie Bullock will see a lot of minutes there, too.

What you don’t see in that group? Great defense. That’s where Frank Ntilikina may have an outside chance to make the roster. They are bringing him to training camp, something that was expected and the Mavericks made it official Thursday.

Ntilikina played the past four seasons in Madison Square Garden and brings quality perimeter defense to the table, but his struggles on the offensive end have limited his minutes.

Dallas has 14 guaranteed contracts on the roster already and a partially guaranteed deal with center Moses Brown, who is widely expected to make the roster. It’s a long shot Ntilikina makes the cut, but at least he’s getting a look and keeping his opportunities open.

Here’s more on the Dallas Mavericks