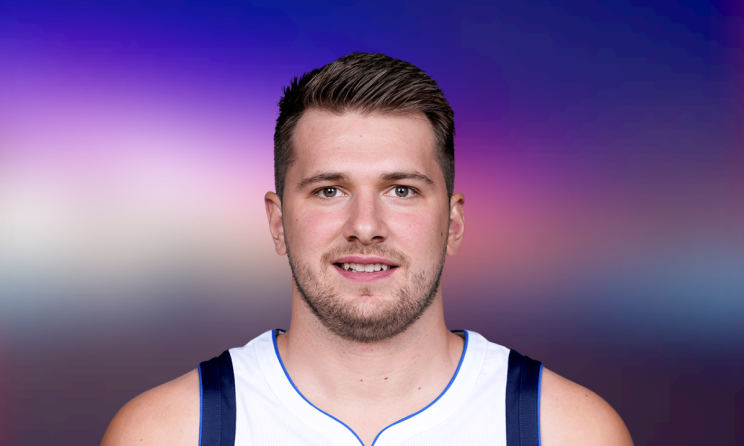 Dwain Price @DwainPrice
Luka (left ankle soreness) and Porzingis (left knee contusion) both will not play against the Grizzlies tonight. This is the 1st time both stars will have missed the same game this season. – 2:10 PM

Brad Townsend @townbrad
Noticed Doncic reaching down and grimacing just before this play in the second half, but can’t say for sure which ankle he was favoring. pic.twitter.com/X0lp6sLair – 1:40 PM

Brad Townsend @townbrad
Spencer Sanders reminding me of Luka Doncic when calls go against him or don’t get called at all. Lots of scowling and gesturing, maybe letting displeasure affect his play. – 1:07 PM

Kurt Helin @basketballtalk
Jason Kidd calls out Luka Doncic for complaining to officials too much nba.nbcsports.com/2021/12/04/jas… – 10:01 AM

Joe Mullinax @sbnGrizzlies
No Ja v. Luka…potentially no Trip vs. Porzingis…oh well, let’s see if the Grizzlies can extend the winning streak to 4
Memphis Grizzlies vs. Dallas Mavericks Game Preview https://t.co/6MwhQT3hBT pic.twitter.com/dhzXRYXV4i – 8:30 AM

Oleh Kosel @OlehKosel
How did the Pelicans respond to a record-setting 139-107 loss to the Mavericks? By imposing their will in Dallas.
There were a lot of great contributions in tonight’s 107-91 win, but Ingram reigned supreme, sorry Luka.
24 points
8 rebounds
12 assists https://t.co/yHiS3LXMVZ pic.twitter.com/UD5O0HfQM8 – 12:55 AM

Oleh Kosel @OlehKosel
Man, sitting through challenges is stressful. Even if you think you know what should be the call, nothings a given if you’re a Pels fan.
Thankfully, referees don’t overturn foul call on Doncic. BI shooting three big free throws. – 10:57 PM

Oleh Kosel @OlehKosel
Brandon Ingram ALMOST had an opportunity for a 4-point play. Luka Doncic fouls him on a 3-point attempt. Jason Kidd challenging the call.
If BI gets to shoot, he’ll have a chance to push the Pelicans lead to 104-87 with 2:01 left. – 10:54 PM

Eliot Clough @EliotClough
Luka would be so much more likeable if he didn’t complain literally the entire game – 10:54 PM

Oleh Kosel @OlehKosel
Antonio Daniels now coaching up Herb on the mic on how to play Luka defensively. Love it. 🤣 – 10:49 PM

Christian Clark @cclark_13
So all the Pels had to do to slow Luka was put Garrett Temple on him? – 10:30 PM

Brad Townsend @townbrad
Doncic is holding the back of his head. It appears to have been a knee the got him. – 10:09 PM

Eddie Sefko @ESefko
The Mavericks have been outscored 14-6 through the midpoint of the third quarter and are down 58-54. Brandon Ingram with 12 points, 11 assists for Pels. Luka with 14 points, seven rebounds, four assists and six turnovers (all in the first quarter). – 10:07 PM

Andrew Lopez @_Andrew_Lopez
Pels go up 58-54 and that’s a timeout for Dallas.
Pels doing a much better job of being physical with Luka Doncic tonight and making sure he sees extra bodies on drives. – 10:06 PM

Eddie Sefko @ESefko
Luka Doncic takes a tumble and comes up rubbing his left ankle. That’s the ankle (and knee) that was sprained 10 days ago and cost him three games. He stayed in the game. – 10:00 PM

Andrew Lopez @_Andrew_Lopez
Pels open the second half with Herbert Jones on Luka – since Garrett Temple has 3 fouls. – 9:57 PM

Jim Eichenhofer @Jim_Eichenhofer
Easy to understand why Jones wants to help on Doncic as much as possible, but watch Temple appear to say to Jonas don’t come over to double if Doncic is well guarded like this pic.twitter.com/SdfOurlGQ3 – 9:41 PM

Eddie Sefko @ESefko
Mavericks shooting 35 percent after one quarter. Sounds bad until you put it next to New Orleans’ 20.8 percent. Mavericks have a 19-14 lead, despite eight turnovers, six by Luka Doncic. – 9:12 PM

Brad Townsend @townbrad
Doncic on pace for a not-so-great triple-double in the first half alone: 6 points, 5 rebounds, 6 turnovers. – 9:09 PM

Andrew Lopez @_Andrew_Lopez
I am very surprised they didn’t look at that foul on Garrett Temple. He definitely got Luka in the jaw. Probably would’ve been a flagrant 1 if they reviewed it. – 8:57 PM

Brad Townsend @townbrad
Temple nailed Doncic in the chin. How is that not a flagrant? – 8:56 PM

Dwain Price: Luka just said he’s “questionable” for tonight’s game against the Clippers. He said he will work out prior to the game and see how he feels. He has missed the last 3 games with sprains in his left knee and left ankle. -via Twitter @DwainPrice / November 23, 2021