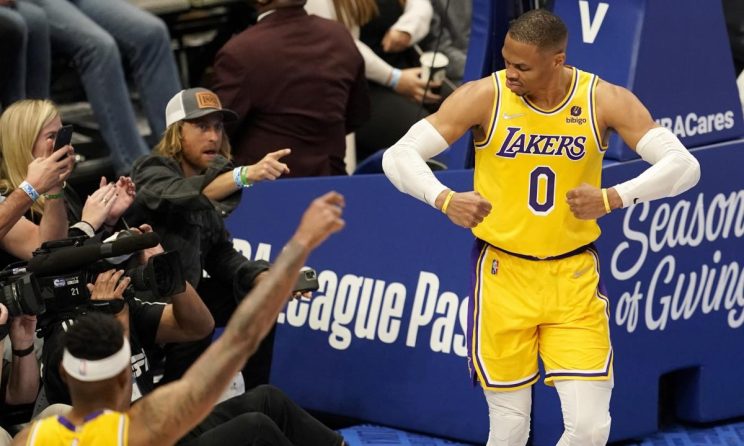 Westbrook played 42 minutes for the Los Angeles Lakers on Wednesday night in their overtime win at Dallas. The Lakers said he would not play Friday night in Minnesota, along with four other players because of virus issues and two more because of injuries.

All that means the Lakers would have no more than 10 available players on their roster for the game against the Timberwolves. If granted permission by the NBA to sign reinforcements and temporarily exceed the roster-size limit, the team was planning to sign former All-Star guard Isaiah Thomas to a 10-day hardship contract Friday, according to a person with direct knowledge of the negotiations. The person spoke to The Associated Press on condition of anonymity because of the pending league approval.

As of Thursday evening, there were at least 39 players – roughly 8% of the league’s total player roster – from at least 13 different teams known to be in the league’s protocols. Chicago had a league-high eight players known to be in protocols, one more than Brooklyn. Harden and Antetokounmpo both entered the protocols earlier this week.

”We got hit really hard with all this and we lost a lot of players,” Bulls coach Billy Donovan said Thursday. ”Other teams have maybe been hit a little bit, but not as much.”

Thomas scored 42 points for Grand Rapids in a G League game Wednesday night and recently appeared in two games for USA Basketball in World Cup qualifying games in Mexico. He was in the NBA briefly last season, averaging 7.7 points in three games with New Orleans.

If it happens, it’ll be his second stint with the Lakers. He appeared in 17 games with them during the 2017-18 season.

”For me, personally, the ultimate goal is to get back in the NBA,” Thomas, who averaged 29 points for the Boston Celtics in 2016-17 and spent a considerable amount of time battling injuries since, said last month. ”But I just love playing the game of basketball. … I love competing and I love playing against the best players in the world.”

There was a bit of good news Thursday when the Bulls revealed that two of their 10 players who entered protocols have since been cleared for a return.

The Bulls had two games this week postponed because of a player shortage. For now, they’re scheduled to return to play Sunday at home against the Lakers.