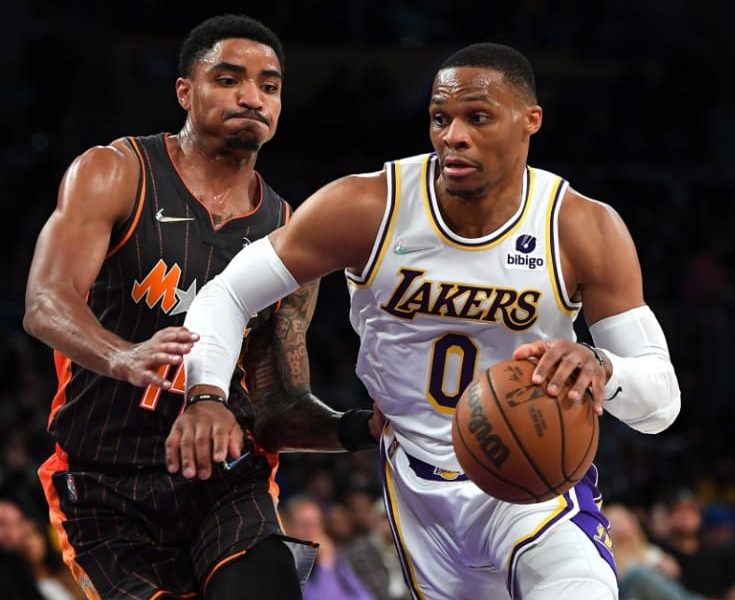 In tonight’s interconference rematch, the Los Angeles Lakers (22-23, 18-27 ATS) are playing the Orlando Magic (8-38, 20-26 ATS); NBA picks are available here. Will the Magic earn their first win versus the Lakers since Jan. 15, 2020? Along with the starting lineups, our top NBA picks and betting trends are featured below.

All Lakers vs Magic betting odds can be found at BetOnline

Moreover, in the Lakers’ 111-104 home loss versus the Pacers on Wednesday, forward LeBron James added another double-double to his career total, amassing 30 points, 12 rebounds and 5.0 assists in 37 minutes of action. Talen Horton-Tucker ended his performance with 20 points, 2.0 rebounds and 7.0 assists in 25 minutes played. Los Angeles has now won five of its past 10 games this season. The Lakers are 7-11 away, 15-12 at home and 8-10 ATS on the road.

In addition to the information posted above, in the past three head-to-head meetings, the Lakers are a perfect 3-0 against the Magic. On Dec. 12, 2021, the first meeting during this regular season, Los Angeles won 106-94 at Staples Center. The Magic have not defeated them since Jan. 15, 2020, when they won 119-118 at Staples Center.

Furthermore, regarding the current vote count for the 2022 NBA All-Star Game, Lakers forward LeBron James overtook Nuggets center Nikola Jokic for the top spot on the Western Conference frontcourt list. The soon-to-be 18-time All-Star has a total of 6,827,449 votes. While this is just a popularity contest, in 33 games played this season, James has averaged 28.8 points, 7.6 rebounds and 6.4 assists per game. He is also shooting 51.7% from the field. That’s not bad for a 37-year-old.

* @KingJames has moved into first overall after the latest All-Star returns with 6,826,449 votes: pic.twitter.com/HKVFw3OLJo

But, as everyone is aware, beating a horrible opponent is never a given. LeBron James is without Anthony Davis and Kendrick Nunn. Even with a healthier Davis, the Lakers have not unlocked their ultimate potential this season. Taking everything into account, the Lakers will find a way to win on the road and cover the spread. The total will go under 219.5. To learn more about sports betting, read our handicap betting guide. Other NBA Picks are on the main page.