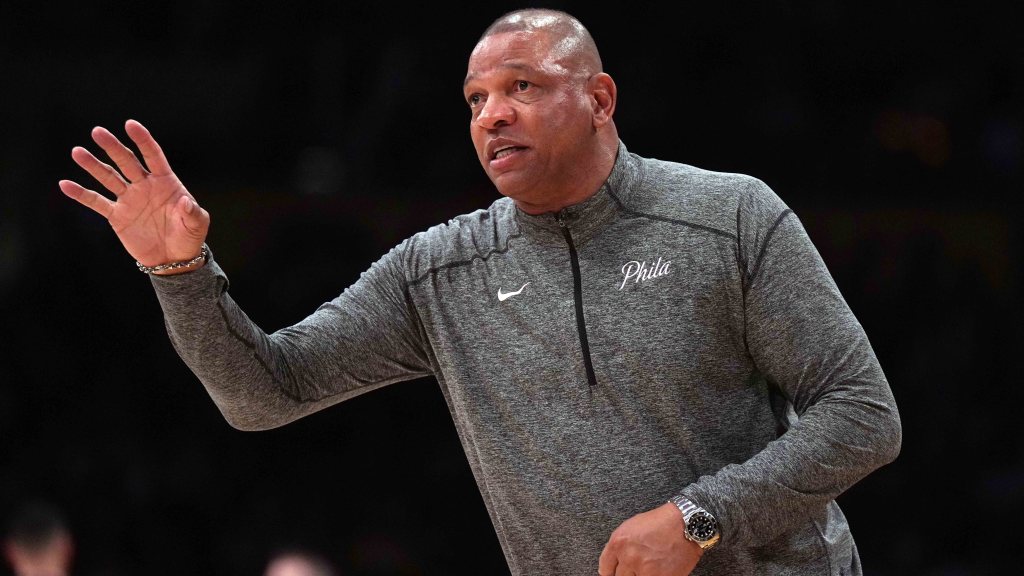 Noah Levick @NoahLevick
Doc Rivers said Thybulle, Korkmaz, Milton’s roles will continue to change game to game.
He said every coach would love to have a solid eight-man rotation, but you need to coach what you have. Thought Milton was good last night after not playing in Game 2 until garbage time. – 1:07 PM

Tim Bontemps @TimBontemps
Doc Rivers said a big focus going forward for them will be limiting Tyler Herro’s open looks. Said they keep losing him in zone, but that they did a better job of trapping him in the second half and need to continue doing that to limit his effectiveness. – 1:01 PM

Lauren Rosen @LaurenMRosen
Doc Rivers on Danny Green’s veteran, and “calming” influence on this @Philadelphia 76ers team:
“There’s nothing he’s not seen or faced…
We joke – he’s never going too fast because he can’t.” 😂 – 10:00 PM

Ky Carlin @Ky_Carlin
The Heat are inching their way back into it. Philly opened a 51-37 lead, but Jimmy Butler with a 3-point play and Max Strus drills a triple to cut it to 51-43. Timeout Doc Rivers. #Sixers – 8:41 PM

Adrian Wojnarowski @wojespn
Sixers star Joel Embiid will return for Game 3 vs. Miami tonight, sources tell ESPN. Doc Rivers said he could be limited in minutes, because of minimal conditioning in the past week. – 6:34 PM

Gina Mizell @ginamizell
If Embiid is able to play tonight, Doc Rivers said there will be staffers monitoring his conditioning and how he looks on the floor. He hasn’t been able to run, etc. while in concussion protocols, and Rivers said today’s shootaround was more of a film/walk-thru session. – 5:30 PM

Ira Winderman @IraHeatBeat
Doc Rivers, on Heat possibly (probably?) having Lowry back, “For them, it just adds another guy.” Rivers said it would not change the 76ers’ approach. – 5:21 PM

Anthony Chiang @Anthony_Chiang
Doc Rivers said there won’t be a minutes restriction on Joel Embiid if he plays tonight, but the team will monitor his conditioning. – 5:21 PM

Noah Levick @NoahLevick
Doc Rivers: Still unsure if Joel Embiid will play. He’ll warm up and then “we’ll see.” If he’s active, wouldn’t play normal minutes load because he hasn’t been able to run much due to concussion. – 5:19 PM

Tom Moore @TomMoorePhilly
#Sixers coach Doc Rivers: If Joel Embiid plays, he hasn’t been able to run due to the concussion so he probably can’t play his typical 38 minutes. – 5:19 PM

Anthony Chiang @Anthony_Chiang
Doc Rivers says 76ers don’t know yet whether Joel Embiid will be able to play tonight. Embiid will warm up and then a determination will be made. Embiid was still listed as doubtful on the latest injury report. – 5:18 PM

Brady Hawk @BradyHawk305
Doc Rivers with no update for Joel Embiid
Listed as doubtful
“He’s going to warm up and see, and go from there.” – 5:18 PM

Tom Moore @TomMoorePhilly
#Sixers coach Doc Rivers on Joel Embiid’s status for Game 3: ‘We don’t know yet. He’s going to warm up and see. We’re going to go from there.’ – 5:18 PM

Ira Winderman @IraHeatBeat
Doc Rivers noncommittal on Joel Embiid’s status for a game now less than two hours away. Eric Spoelstra gets his chance to be non-committal about Kyle Lowry at 5:30 p.m. Game is at 7 p.m., by which time the coaches might have a better idea. – 5:17 PM

if you already have an account. Typed comments will be lost if you are not signed in.