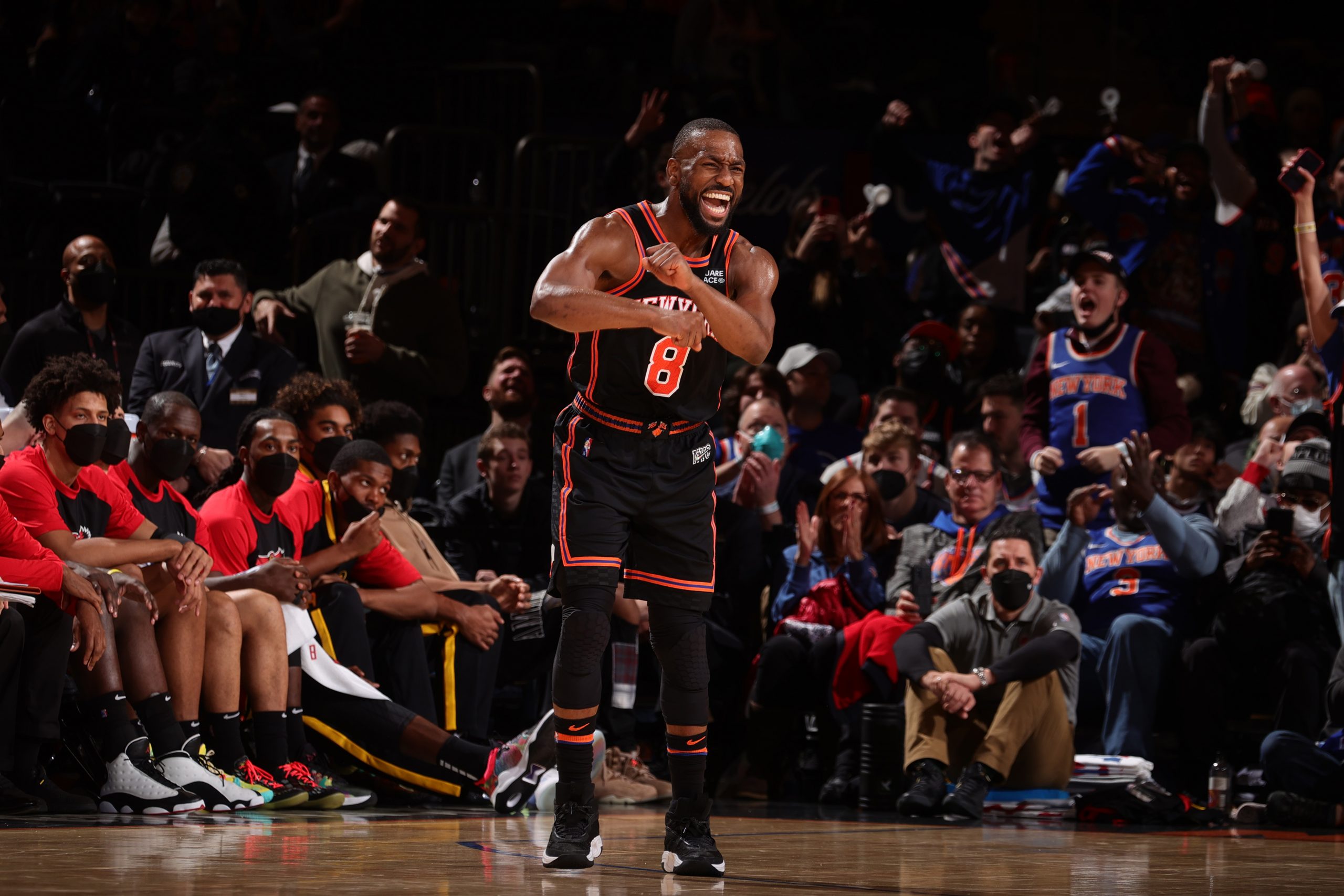 No NBA player was feeling better on Christmas Day than Kemba Walker. About a month ago, even he couldn’t dream of a Christmas present better than the experience he had in Madison Square Garden on Saturday afternoon.

After being banished by head coach Tom Thibodeau from the rotation nearly a month ago, numerous players being in and out of the NBA’ Health and Safety protocols, and Derrick Rose‘s ankle surgery was the only way he got a chance to play against the Boston Celtics. After making it clear that he wanted to play, Walker received the ultimate gift from his hometown fans with a standing ovation when the New York Knicks beat the Atlanta Hawks 101-87.

With a triple-double stat line of 10 points, 10 rebounds, and 12 assists, Walker got his first triple-double since 2014. He became the seventh NBA player with a triple-double on Christmas Day, joining Draymond Green, Russell Westbrook, LeBron James, and current Hall of Famers Billy Cunningham, John Havlicek, and Oscar Robertson.

The performance came immediately after a sold-out arena chanted his name after Walker erupted for 44 points in a loss to the Washington Wizards on Thursday. After the game, Walker talked about his Christmas Day experience via NBA.com.

“It was amazing,” Walker said. “Those are moments that you dream about. It’s kind of hard to put it into words, to be honest.”

“This is not how we pictured it,” he said. “I ain’t complaining, either.”

The hometown hero helped the New York Knicks win a Christmas Day for the first time in over a decade by becoming the first player ever to attain a triple-double on Christmas Day.