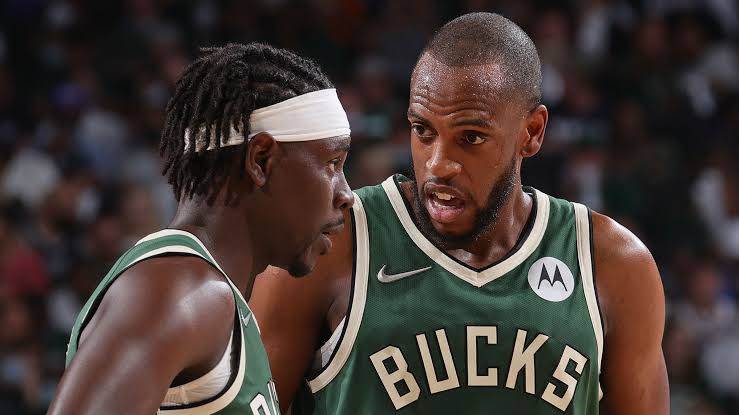 A true gem within the camp of the reigning world champion Milwaukee Bucks, sky’s the limit for swingman Jordan Nwora.

At age 23, he already has a glimmering NBA ring to flash among his peers, added by a priceless experience in playing for his home country, Nigeria, in the recent Olympics wherein he became the team’s leading scorer with 21 markers per game.

Much has been said on what he accomplished so far, his teammates are literally high in his potential.

And one of them is possibly the league’s most respected player, Jrue Holiday.

In an interview with the Bucks, Holiday claimed that Nwora is his most favorite player, and he envisions him to become a great one in the future.

“Jordan is my favorite player. He’s going to be really good in this league.”

The veteran further said that Nwora reminds him of their two-time All-star teammate, Khris Middleton.

Truth to be told, Middleton and Nwora’s game seems to be identical. Though the young lad is still improving his defensive approach, his offensive game meanwhile must be acknowledged as astounding — showing ample damage and capabilities he can further hone to break through the league for seasons to come.

In addition, Middleton and Nwora’s way of coming into the NBA is similar also. The two were 2nd round selections who constantly improved their respective game at first in order to be inserted within the lineup to gain exposure. Indeed, hard work and perseverance paved their way to become who they are today.

Nwora will continue to sharpen as time goes by. As such, when the right moment comes, he would be the next man up to be placed right next to superstar Giannis Antetokounmpo in Cream City’s finest castle of supremacy.