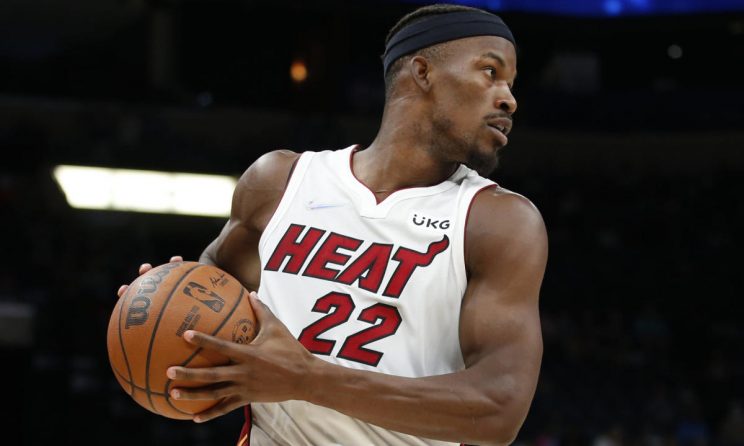 HoopsHype is beginning a new weekly series for the 2021-22 NBA season in which we select the major award winner for every accolade each Monday, all the way from weekly MVP to Most Improved Player to Coach of the Week.

MVP of the Week: Jimmy Butler

For the first edition of our new weekly series, we had no choice but to go with the Miami Heat’s Jimmy Butler as the inaugural MVP.

Not only did Butler dominate statistically, but he also led Miami to a 4-0 week with victories over the likes of the Brooklyn Nets and on the road against the Memphis Grizzlies, on the second night of a back-to-back, no less, while controlling the action on both ends of the floor.

Very few players are as impactful on both ends of the floor as Butler, and even fewer can do so while shooting five three-pointers over four games in an entire week.

Butler and the Heat are rolling right now, playing a beautiful, selfless brand of basketball and stingy, hard-nosed defense on the other end, and if they continue on at this pace, it wouldn’t be surprising to see Butler take home MVP votes at season’s end.

He’s been that excellent to start this campaign so far.

Rookie of the Week: Scottie Barnes

Despite having hit just two threes through his first seven career games, Scottie Barnes is off to an excellent start in his NBA career, littering highlight videos with one flashy, explosive play after another, and excelling not just on offense, but defensively, as well.

Prior to the draft, there were questions about Barnes’ somewhat raw offensive game, but to this point, outside of his three-point shooting, those questions have been answered, as Barnes’ ability to get to the rim, finish through contact and in traffic and create plays for others have all been outstanding.

There’s still room to grow for the former Florida State standout, too, which is a scary notion for future opponents of the 20-year-old Toronto Raptor.

It’s been a brutal start to the season for the Los Angeles Clippers, but it’s impossible to fault Paul George for that, as the seven-time All-Star is doing everything on both ends of the floor for his club, particularly on the less glamorous side of the action.

Just this week, in a three-game stretch, George has recorded a preposterous 13 steals, including one game on Oct. 25 with eight takeaways, which was a career-high mark for the four-time All-Defensive Team selection.

What’s more, thanks to George’s stingy play on the defensive end, the Clippers rank ninth overall in defensive rating, a number that should continue to improve as the season wears on considering L.A.’s abundance of plus-defenders, including George, the most impactful of them all.

Almost no other player has done as much to turn the narrative around on their careers so far this season as Tyler Herro, who has excelled in his role as sixth man for the Heat. Herro ranks second on the team in scoring and is tied with Duncan Robinson for three-pointers made, providing a huge boost off the bench for Miami.

Herro has been performing at a high level as both a bucket-getter and playmaker, oozing with confidence when he’s been asked to score one-on-one and displaying advanced vision out of the pick-and-roll.

The former Kentucky Wildcat has been a huge part in the Heat’s 5-1 start and a big reason for them leading the league in net rating at +16.5.

Washington Wizards big man Montrezl Harrell has looked like a new man since joining the team over the offseason, getting back to his ways as a high-energy double-double machine who finishes just about everything around the rim.

With him on the floor this season, the Wizards are 5.4 points per 100 possessions better than when he’s on the bench, proving how integral Harrell has become to Washington’s success this season.

He may still have his defensive shortcomings, but overall, Harrell has been a huge plus for the Wizards on the campaign, something that isn’t likely to change anytime soon considering the energy level he plays with and how adept he is at cleaning up messes near the rim and finishing out of the pick-and-roll.

Coach of the Week: Erik Spoelstra

A lot of it has to do with the influx of talent the team received over the offseason, but Erik Spoelstra deserves a ton of credit for Miami’s brilliant start to the campaign, including a 5-1 record and +16.5 net rating.

The team is moving the ball around the floor brilliantly…

…and has the look of a team that could be one of the final ones remaining at season’s end fighting for a shot at the championship.

And who knows? If the Heat continue on at this pace, Spoelstra might finally get the recognition he deserves as an elite head coach and take home Coach of the Year for the first time. 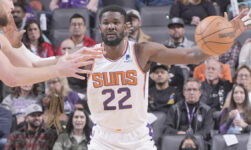