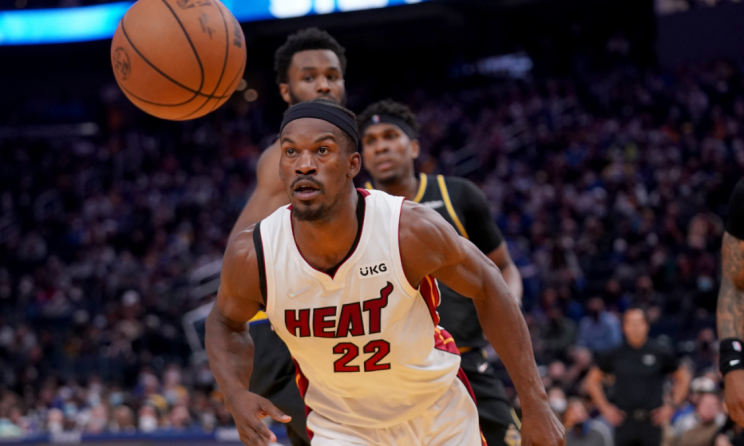 The Miami Heat have already dealt with a number of injuries this season. Star big man Bam Adebayo is already out with a torn UCL in his right thumb. They’ve experienced the same COVID-19-related absences that most other teams have. But now, they face what could perhaps be their most troubling injury yet.

With the Heat trailing the Golden State Warriors in the third quarter Tuesday, Jimmy Butler collapsed after slipping while being defended by Juan Toscano-Anderson. He immediately fell to the floor in what looked like significant pain and needed to be helped off of the court by his teammates. He was quickly ruled out for the remainder of the game with what the Heat called a right ankle injury.

Butler has played in only 22 of Miami’s 37 games this season, and he played in just 110 of their regular-season games over the past two seasons combined. The Heat need a healthy Butler if they plan to contend for a championship this season, but his long-term health is extraordinarily important to the franchise because he signed a four-year, $184 million extension this offseason that hasn’t even kicked in yet. At 32 years old, Butler is already nearing the end of his prime. The Heat can’t afford a serious injury to their best player.

Fortunately, Miami has a bit of breathing room in the standings. The Heat were comfortably seeded No. 4 in the Eastern Conference at the time Butler went down with a four-game lead over the No. 7 Washington Wizards. If nothing else, that gives them room to stay above the play-in race if Butler does miss time, but their hopes rest on his health. Hopefully, this turns out to be a minor injury that allows him to return to the floor in the very near future.