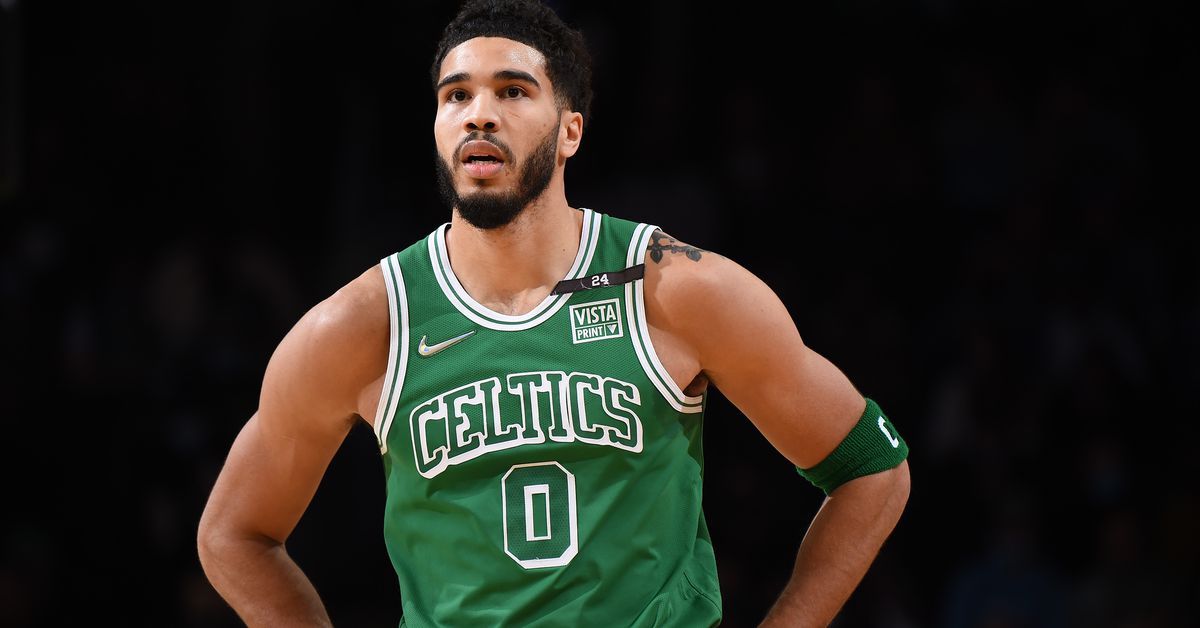 Jayson Tatum will replace Kevin Durant as a starter in the 2022 NBA All-Star Game.

Boston Celtics forward Jayson Tatum, who was selected as an All-Star reserve, will now replace Durant as a starter.

The 23-year-old Boston Celtics forward was named an All-Star Reserve on Thursday, February 3, but will now be inserted into the starting lineup.

Durant announced that he would not be playing in the game towards the end of January, as he is still recovering from a knee injury. Since Tatum finished fourth in the voting for the Eastern Conference starters, he was first in line to replace Durant.

Tatum started off slow, but he (and the Celtics) have picked things up as of late. On the year, the now three-time All-Star is averaging 25.6 points, 8.5 rebounds, and 4.1 assists while shooting 42.9 percent from the field and 32.8 percent from deep.

With Tatum sliding into the starting lineup, Charlotte Hornets guard LaMelo Ball will take his spot in the reserve unit. He and Dejounte Murray were named as injury replacements for Durant and Draymond Green by Commissioner Adam Silver.

The full rosters for the 2022 NBA All-Star game can be found below: