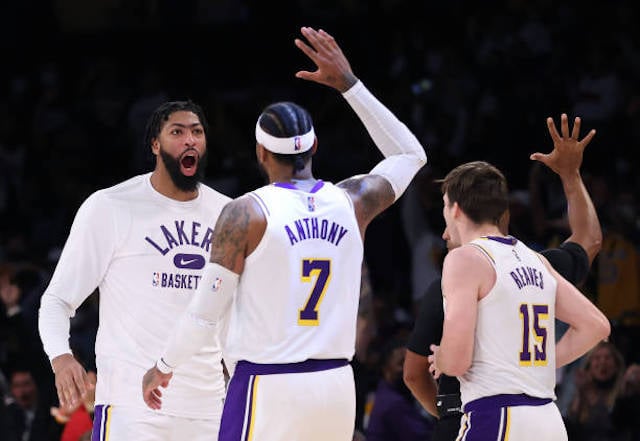 Carmelo Anthony had a big game as he scored 29 points in 37 minutes coming off the bench for the Los Angeles Lakers in an overtime win over the Charlotte Hornets.

He was the second top scorer for his team just behind Anthony Davis who had 32 points. According to Lakers legend James Worthy, it is Melo who was the top performer for the purple and gold.

“Carmelo [Anthony] definitely gets the game ball,” Worthy said on Spectrum SportsNet. “I thought DeAndre Jordan at the beginning of the game starting them off with some energy. I thought [Austin] Reaves did some really good things.

“The Lakers did a good job in spurts but they allowed Charlotte to get back in the game again. Carmelo big bucket. That last possession that we saw right there that’s that way they should be playing defense all the time good rotation disallowing that big shot at the end.”