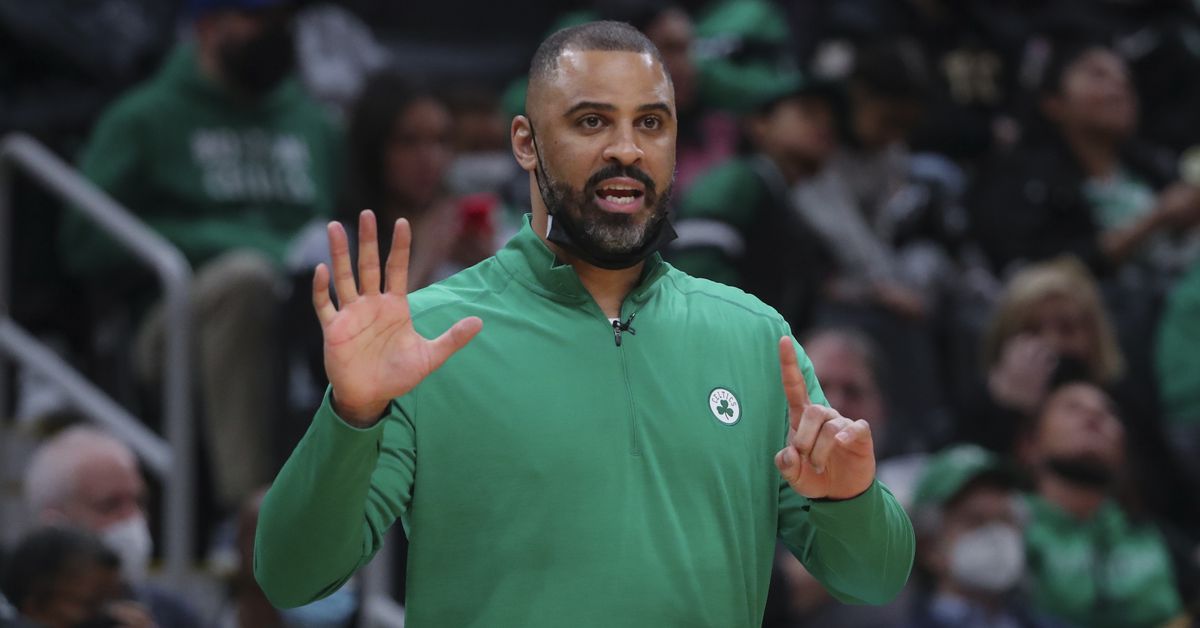 That was the battle cry of a small but very vocal part of the Celtics fan community early in the season, but that crowd has gotten a lot less vocal lately. This isn’t necessarily a victory lap, mind you. We’re still not finished with Year One of his first head coaching gig. There’s plenty of time for him to prove his critics right or wrong.

Udoka’s boss and predecessor Brad Stevens has talked openly about how hard the adjustments were for him in his first year at the helm. Ime was top assistant in other places, but that doesn’t necessarily prepare you for the lead position and every environment is different.

Some of the lineups and decisions that Udoka made early in the season were questionable at best, but you could at least see the rationale behind them. For the first 35 (or so) games, this team looked a lot like the team that stumbled to a .500 record the previous season. To me, that indicated that the issue was more with the players than the coaching.

Things are different now though. You can see that the principles that Ime has been preaching from Day One have sunk in and are being executed according to his vision.

This team was always capable of being a defense-first team with their collection of athletic wings and mobile bigs, but it took a while for them to learn Udoka’s switch-heavy system. He used the first few weeks of the season to hyper-focus on switching at the expense of any other defensive tactics. That process was intended to hammer switching into the team’s subconscious.

However, the side effect was that it became pretty predictable for opposing offenses to sniff out. Do anything the same way and eventually the other team will know how to beat it, even if it is being performed flawlessly (it was not). Eventually, Ime felt comfortable enough to work in some different looks and wrinkles to his system which allowed the team to keep offenses honest.

Lately he’s even implemented a strategy of using Robert Williams III as a roamer (rather than having him exclusively on the opposing team’s big man). As ESPN’s Zach Lowe highlights:

The idea is to build a forcefield around the paint by switching up top, with Robert Williams looming along the baseline ready to pounce. A happy side effect is sewing confusion in offenses: Wait, where’s Time Lord? Oh, there. So who’s guarding our main screener? Are they just going to switch? Should we run our normal stuff anyway? Or divert our offense to attack Williams? But that would mean using a less dangerous screener, and Williams is really good at switching too! Oh, crap, there’s 5 on the shot clock and Marcus Smart is six inches from my face.

Bottom line: The Celtics have one of the top defenses in the league, in part because of the system Ime Udoka has painstakingly implemented.

Then there’s the other side of the ball. The offense took a lot longer to come around but you can see that they are finally focusing on moving the ball earlier in the shot clock and playing with pace. Remember when Ime gave Brad Stevens a hard time at his introductory press conference for the amount of assists the team had last year? He was looking a little silly early in the year when the team was once again near the bottom of the league in assists. Over the last 15 games (according to NBA.com) they rank 8th.

Some of that boils down to the personnel which leads me to my next point. Once again, this team was struggling with injuries and COVID absences. They were also introducing new veterans (Josh Richardson, Dennis Schroder, and Al Horford) while also trying to develop younger players (Grant Williams, Payton Pritchard, Aaron Nesmith, and Romeo Langford). Every team has to deal with injuries and turnover, but at some point, you have to pick your best players and minimize the rest. Ime shortened his rotation and phased out players that weren’t an ideal fit which then led to Brad Stevens overhauling the bench with players that fit more seamlessly (Derrick White and Daniel Theis).

You could say that everything has come together just as Ime planned, but that might be going a bit too far in the other direction. He wasn’t the primary culprit for the team’s early season struggles (though he could have been better). Likewise, he doesn’t deserve all the credit for the strides they’ve made since then. Still, I’m impressed with the progress the team has made and I think most would agree that Ime has bought himself at least a few more weeks of job security.