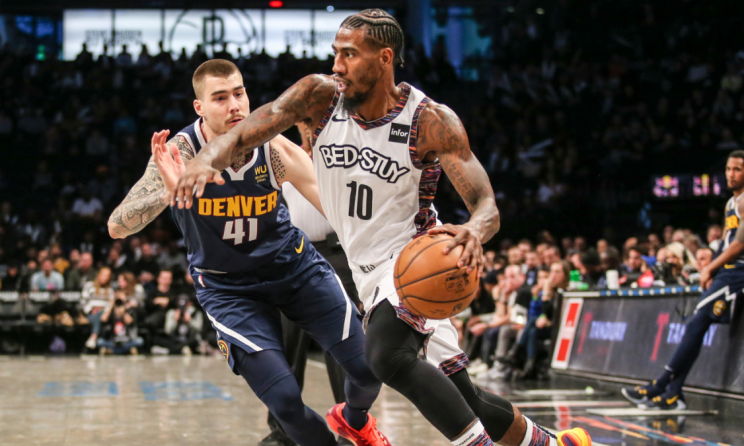 Iman Shumpert became the first ex-NBA player to ever win “Dancing with the Stars” on Monday when he beat out finalists JoJo Siwa, Amanda Kloots and Cody Rigsby to take home the coveted mirrorball trophy. Shumpert and professional partner Daniella Karagach scored a perfect 40 out of 40 on both of their dances, and the 31-year-old NBA veteran was visibly emotional when he won the trophy.

Shumpert is the first professional basketball player to ever even reach the final, though, in fairness, not many have competed. He was only the seventh to appear on the show. Athletes are fairly common within the “Dancing with the Stars” universe, though. Emmitt Smith won the third season of the show, and Jerry Rice was the runner-up in the second season. Other notable athletes to compete include Evander Holyfield, Floyd Mayweather, Warren Sapp, Michael Irvin and Lawrence Taylor.

While he is seemingly at the peak of his powers as a dancer, Shumpert’s NBA career is currently on life support. The former champion with the Cleveland Cavaliers played only two games last season with the Brooklyn Nets and remains unsigned this season. While he was always a stellar defender, his inconsistent shooting made him vulnerable to the athletic decline that comes with age and injuries.

Fortunately, he didn’t need a steady 3-point shot to compete on “Dancing with the Stars”. His athletic background gave him a leg up on the competition, and he used it to great effect as Season 30’s winner.