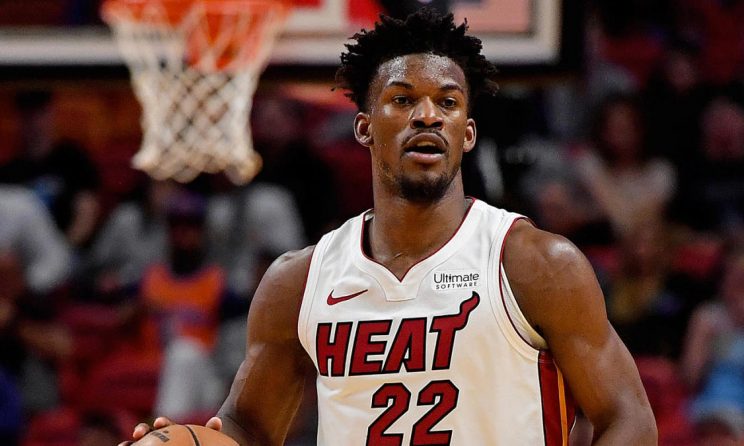 Two exciting Eastern Conference teams face off in prime time on Friday. The Charlotte Hornets hit the road to face the Miami Heat in a nationally televised battle between one-loss teams. Bam Adebayo (knee) and Kyle Lowry (knee) are listed as probable for Miami. Terry Rozier (ankle) is listed as questionable for Charlotte, with PJ Washington (knee) listed as doubtful.

Tip-off is at 7:30 p.m. ET in Miami. Caesars Sportsbook lists the Heat as 6.5-point home favorites, while the over-under, or total number of points Vegas thinks will be scored, is 222 in the latest Hornets vs. Heat odds. Before you make any Heat vs. Hornets picks and NBA predictions, you need to see what SportsLine’s advanced computer model has to say.

Now, the model has set its sights on Hornets vs. Heat and revealed its coveted picks and predictions. You can head to SportsLine to see all of the model’s NBA picks. Here are several NBA betting lines and trends for Heat vs. Hornets:

Why the Hornets can cover

Charlotte’s offense is off to a racing start. The Hornets are scoring 114.8 points per 100 possessions, a top-five figure in the NBA, and Charlotte ranks near the top of the league in several categories. The Hornets are shooting 47.3 percent the floor and 41.3 percent from 3-point distance, putting up 27.0 assists per game and generating 1.96 assists for every turnover. Charlotte also sports a 29.4 percent offensive rebound rate, and the Hornets have young talent to lead the way.

LaMelo Ball is averaging 19.6 points, 6.0 assists and 5.6 rebounds per game, with Miles Bridges adding 26.2 points and 8.0 rebounds per contest. Defensively, Charlotte isn’t dominant, but the Hornets are picking up 10 steals per game, and they are using that chaos to fuel a highly potent and efficient transition offense.

Why the Heat can cover

The Heat have long been an elite defensive team in terms of structure, and Miami’s defense is playing at a tremendous level to begin the 2021-22 season. The Heat lead the NBA in defensive efficiency, allowing 92.0 points per 100 possessions, and Miami is allowing only 95.0 points per game. The Heat are No. 1 in field goal percentage allowed (39.2 percent), second-chance points allowed (6.4 per game) and defensive rebound rate (81.4 percent), with top-three marks in 3-point shooting allowed (28.6 percent) and assists (19.8 per game).

Miami walls off the paint, allowing only 40.5 points per game in the lane, and the Heat are also opportunistic in creating a turnover on 15.7 percent of defensive possessions. That defense, combined with an offense that has star power and creativity, sets a sky-high baseline. Miami also wins on the margins with offense, ranking near the top of the league in free throw volume, free throw accuracy, and offensive rebounding.

How to make Hornets vs. Heat picks

SportsLine’s model is leaning under on the point total, projecting these two teams combine for 217 points. The model also says one side of the spread hits in well over 50 percent of simulations. You can only see the model’s Heat vs. Hornets picks at SportsLine.

So who wins Hornets vs. Heat? And which side of the spread hits in well over 50 percent of simulations? Visit SportsLine now to find out which side of the Heat vs. Hornets spread you need to jump on Friday, all from the model that has crushed its NBA picks, and find out.