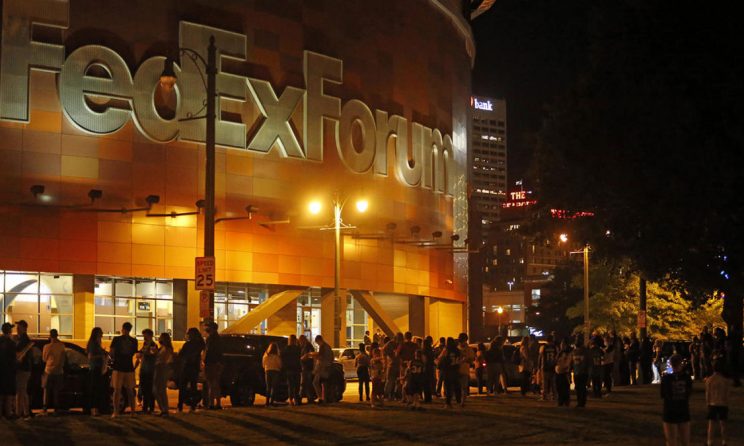 Tuesday night’s preseason game between the Memphis Grizzlies and Milwaukee Bucks was called prior to the start of the fourth quarter, and fans were evacuated from FedEx Forum after a fire alarm went off inadvertently. Grizzlies announced Pete Pranica said on the team’s broadcast that the NBA made the decision not to restart the game after a long delay.

At the end of the third quarter, with the Grizzlies leading 87-77, an alarm started going off, and flashing lights began blinking inside the arena. Fans were told to leave the building and both teams and officials left the court to return to their respective locker rooms.

According to a report from Stephanie Ready on the TNT broadcast, the sprinkler system was tripped in a non-public area, which then set off the alarm. Thankfully, there was no danger to anyone, but the fire department was called in accordance with protocols.

The Bucks were clearly uninterested in waiting around to see when or if they would be able to play again. They began packing their bags almost immediately after returning to the locker room and were in street clothes and eating dinner well before the league officially cancelled the rest of the game.

Ja Morant led the Grizzlies with 27 points, six rebounds and four assists through three quarters. A number of players on both teams were not playing, including Dillon Brooks and Brandon Clarke for the Grizzlies. Meanwhile, the Bucks were without Giannis Antetokounmpo, Khris Middleton, Jrue Holiday and Bobby Portis.