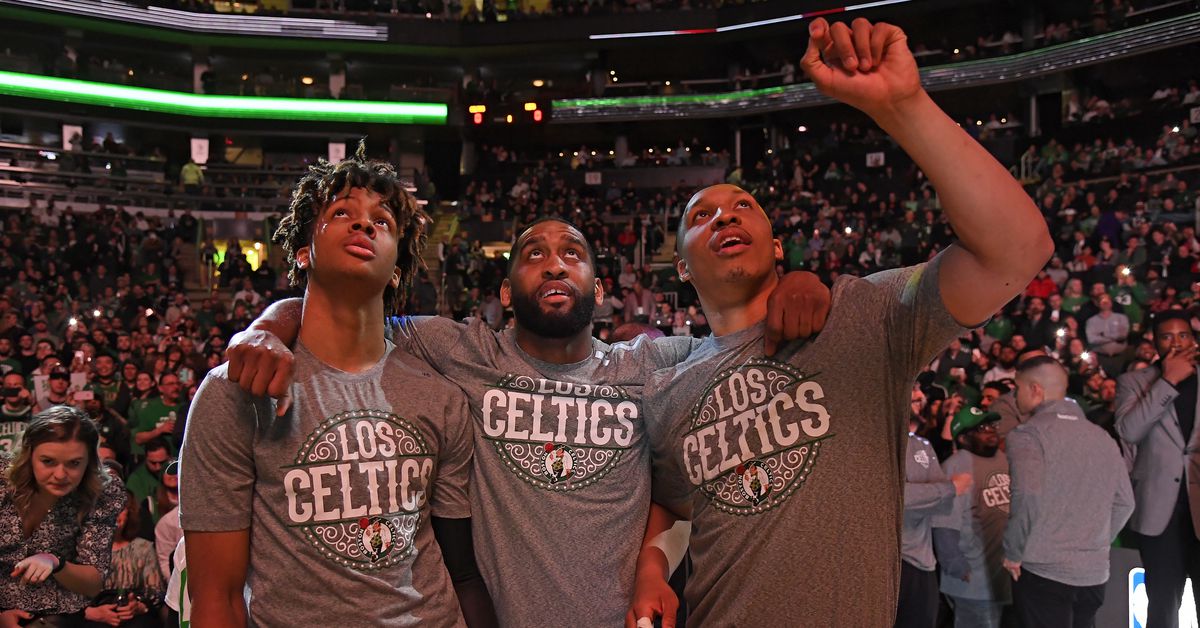 Two of the biggest question marks heading into training camp were Romeo Langford and Grant Williams. After disappointing sophomore seasons, they’ve not just shown flashes in the preseason, but consistency throughout and tonight in Miami, they’ll get a chance with the starting lineup.

With Jaylen Brown still in the league’s health and safety protocols, Langford gets another start at the wing. He’s started the last two games against the Raptors and Magic and put up solid numbers, averaging 12.5 points per game and hitting five of his nine three point attempts in the preseason.

Williams’ inclusion is a bigger surprise. He played sparingly in the opener, but after strong showings in the last three games, head coach Ime Udoka wants to get a more expanded look at how the 2019 draft class does with the starters and more veteran competition with the Heat. Williams said that he lost nearly 15 pounds over the summer and he’s looked quicker and more spry early, particularly defensively.

Joining Williams and Langford in the starting lineup are regulars Jayson Tatum and Robert Williams. Dennis Schroder draws the start at point guard with Marcus Smart suspended and should get some extra run Friday night after being on the shelf for the last few days with a knee bruise.

In other injury news, a masked Payton Pritchard will likely be back for the Celtics’ regular season opener in New York after breaking his nose in Orlando on Wednesday.

As rocky as this preseason and training camp have been, Boston heads into their final exhibition game confident. “We’re coming together nicely. I don’t think anybody’s rushing, trying to force anything,” Josh Richardson said. “I think the stars on the team are doing a good job of making sure we’re comfortable, making sure we know everything.”