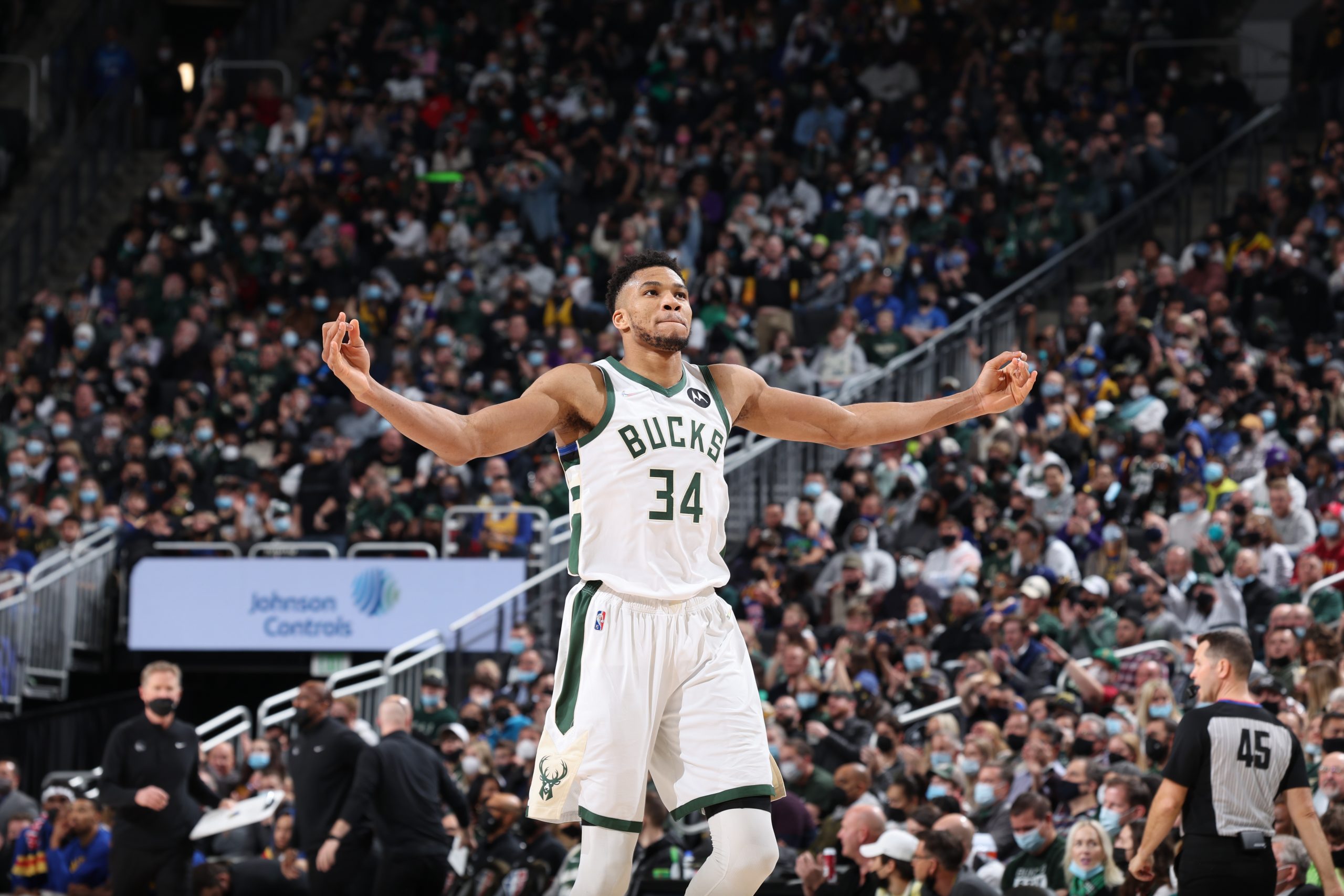 The reigning NBA champion, Milwaukee Bucks (27-17), sent another message to possible NBA Finals contenders with a huge win over the Golden State Warriors (30-11) on Thursday night. The victory added to a streak of impressive play against the top teams in the league. However, the shocker was the dismantling of the Warriors by racing out to a 39 point halftime lead on their way to a 118-99 victory.

Giannis Antetokounmpo shined in the spotlight, collecting a triple-double with a stat line of 30 points, 12 rebounds, and 11 assists in only 30 minutes.

Giannis Antetokounmpo (@Giannis_An34) went off for a 30 point triple-double..in under 30 mins played!

With the Bucks taking games from the Warriors and Brooklyn Nets (26-15) in a dominating fashion last week, The Greek Freak credited the significant win to the Bucks practicing good habits per ESPN.

Antetokounmpo’s overall performance against Golden State is backing up his words. Not only is he scoring efficiently, but the reigning Finals MVP is also focused on making the right reads based on what the defense shows him.

“My mindset is, I have something I’m going to take it. I’m not going to second guess it,” Antetokounmpo said. “If somebody is wide open, I’m going to try and deliver that ball to him. If I cannot, I’m going to see what’s next. I always try to be in the moment. But having an assertive mindset, an aggressive mindset, that’s how I start the game. That’s what I think in every possession.”

Antetokounmpo and the Milwaukee Bucks play the Toronto Raptors (20-18) on Saturday night.