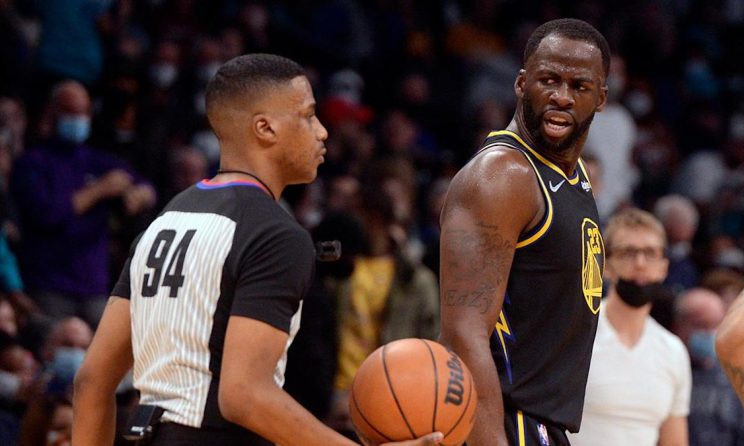 Charlotte Hornets guard Terry Rozier made a very poor decision late in the fourth quarter against the Warriors at Spectrum Center on Sunday night. Luckily for him, it didn’t end up costing his team.

With the Hornets leading 104-102 and in possession of the ball with 25.7 seconds remaining in regulation, Rozier received the ball deep within Charlotte’s own defensive zone, presumably in an effort to stretch Golden State’s defense. But rather than take more time off the clock or create more space, Rozier did the opposite and cornered himself between the right sideline and halfcourt. The Warriors swarmed him, with Draymond Green managing to gain enough possession to force a jump ball.

Suddenly, the Warriors just needed to win the tip to have a chance to either tie or win the game on the last possession, and they had the taller of the two layers involved in the jump ball. Rozier is listed at 6-foot-1. Green is several inches taller than that, not to mention his 7-foot wingspan.

But unfortunately for Golden State, that opportunity never presented itself. Rozier won the tip, made both free throws after being fouled, and the Hornets escaped with a 106-102 victory.

Replays show the official’s toss going towards Rozier, rather than straight upward (as it’s supposed to be). Green addressed the jump ball after the defeat, but declined to blame the toss for his failure to win it. Instead, he ultimately held himself accountable.

“He was still talking,” Green said of the official at the time he tossed the ball. “I’m sitting there looking at him and went, ‘Oh s–t.’ But, it is what it is. I’ve got to get the tip. Life goes on.”

“He’s just telling us, ‘I’m [going to] throw the ball all the way to the top. It’s going all the way,’ Green explained. “… But it is what it is. Like I said, I’ve got to get that jump ball regardless of what the situation is. That’s not his fault. It’s on me.”

RELATED: Kuminga shows off immense potential in first half vs. Hornets

It would have been interesting to see what would have happened had the toss been fairer. But as Green has said himself in the past, “If ‘if’ were a fifth, we’d all be drunk.”