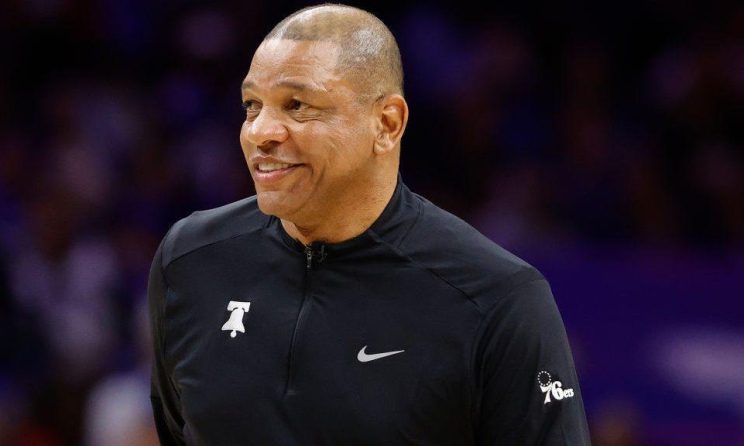 But 76ers president Daryl Morey tried to quash them all.

Morey said he wouldn’t trade Ben Simmons then offered Simmons to the Rockets for James Harden (then later traded Simmons to the Nets for Harden). Morey, according to Chris Paul, said he wouldn’t trade Paul to the Thunder just before trading Paul to the Thunder. Morey, according to Carmelo Anthony, told Anthony the forward was finished with the Rockets then publicly called accurate reports of Anthony being done in Houston fake news.

Morey is not trustworthy.

Still, given Morey’s comments today, it’d be surprising if the 76ers straight fire Rivers. A soft landing in Los Angeles or some other type of exit? I wouldn’t rule it out. But as much as Morey has a history of lying to downplay tension, he’s being quite direct here.

If truly keeping Rivers, Philadelphia must find other ways of addressing its toughness/effort problems.

More on the 76ers

James Harden will be back with 76ers, but what version of him will determine… Joel Embiid on tough P.J. Tucker: ‘I’d be lying if I said that we’ve… Jimmy Butler: ‘Tobias Harris over me?!’