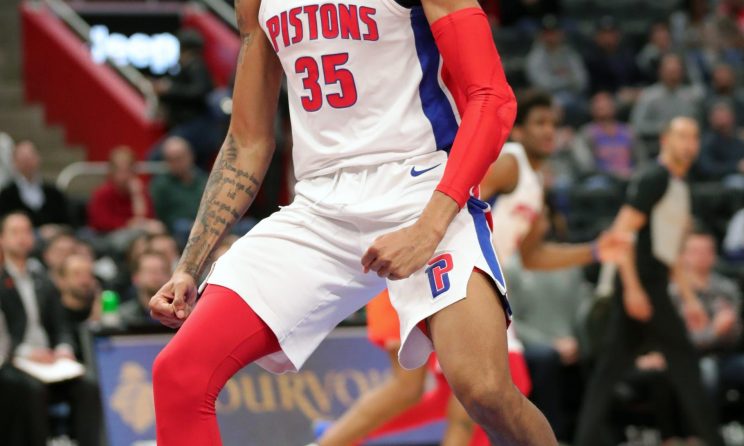 If Detroit Pistons general manager Troy Weaver had it his way, NBA free agency would take place ahead of the draft, rather than after it.

It would have some upside from a planning standpoint, enabling teams to take care of their offseason shopping and weather the unpredictable swings of free agency and trades, before factoring in how to best maximize their draft pick. It would eliminate scenarios such as what the Miami Heat faced in 2014, when they traded up to draft Shabazz Napier 24th overall in an attempt to convince LeBron James to re-sign in free agency. Spoiler alert — James didn’t re-sign with the Heat.

“I prefer free agency before the draft, to be honest,” Weaver said last week. “I know people have been beating that drum for a while. I would prefer it that way, but whatever’s in front of us, we have to deal with it. I won’t blow the horn, cry over spilled milk or say one way is better. I prefer free agency, but it hasn’t been and we’ll continue to do the draft first and then free agency.”

[ How might Troy Weaver approach NBA draft? Here are some clues from OKC ]

The COVID-19 pandemic has interrupted nearly every aspect of the traditional NBA calendar since March, but it appears free agency will take place shortly after the No. 18 draft. The Pistons aren’t trying to woo a James-level free agent to re-sign with the organization (apologies to Christian Wood), but their situation isn’t dissimilar to what the Heat went through six years ago, when they gave up a protected second-rounder for a player who only played 51 games for the franchise.

The Pistons finished 20-46 last season, largely due to injuries to core personnel. The roster isn’t that far removed from the 2018-19 team that finished 41-41 and qualified for the playoffs. Blake Griffin, the biggest difference-maker on the roster is expected to be healthy on opening night.

Likewise, Detroit has talked about retooling rather than rebuilding. It’s hard to tank when you have a healthy multi-time All-Star on the roster, after all. But whether the Pistons actually want to go all-in on chasing the playoffs next season remains to be seen.

NAMES TO KNOW: Pistons should hunt for free agency bargains. Here are 5 options

This is Weaver’s first offseason with the Pistons, and he’s considering all options.

Could the Pistons move up in the draft to grab a potential franchise player? Yes.

Could they move down and pick up additional assets? Also yes.

Will they use their around $30 million in cap space to pursue expensive free agents, such as Fred VanVleet? It’s possible.

Will they use that cap space as a dumping ground for big contracts, in exchange for draft picks and young players with upside? They’re considering that as well.

Less than two weeks from the draft, the possibilities for the Pistons appear endless. And like most offseasons, the direction they take on draft night will give a big hint as to where this front office’s priorities lie.

[ These 3 prospects might be perfect dark horse picks for Pistons ]

Weaver has maintained he wants the Pistons to be competitive next season, but last week indicated they won’t sacrifice the future to do so.

Christian Wood reacts after a dunk against OKC on March 4, 2020 in Detroit.

He has continued to emphasize the importance of the draft, downplaying any concerns that Detroit won’t be able to find a difference-maker with the seventh overall pick. There has been sentiment across the league that this draft doesn’t have the same talent at the top as past drafts. Weaver is taking a glass half-full approach.

“We’re looking at both scenarios, for sure,” Weaver said when asked how he’s weighing pursuing free agents vs. draft picks and similar assets. “I don’t know who you consider big free agents, but we plan on talking to guys that we’re very interested in for sure, and also leveraging cap space to get assets. It’s a balancing act with being competitive at the forefront of that, tied into not leveraging the future. Yes, absolutely.”

The Pistons have many roster needs, and a starting point guard may top that list. If they were to use their top pick on a lead guard, such as Killian Hayes or Tyrese Haliburton, would that lessen the need to spend significant money on a point guard in free agency? If they were to draft a forward or big instead, would it potentially impact their conversations with Wood? Weaver confirmed the organization has strong interest in the power forward/center, who is coming off of a breakout season and will likely see a contract that reaches at least $10 million.

“We will continue to have talks with Christian Wood and his representatives,” Weaver said. “He’s someone we have strong interest in, absolutely. So yeah, definitely looking forward to continuing to talk to him. Do I have a number in my head? Yeah, always have a number in my head. We’ll see how that works out. Excited about Christian and the opportunity to speak with him and his representatives.”

This is shaping up to be the most consequential offseason for the Pistons in several seasons. Weaver has played his strategy close to the vest, but we’ll soon have answers.