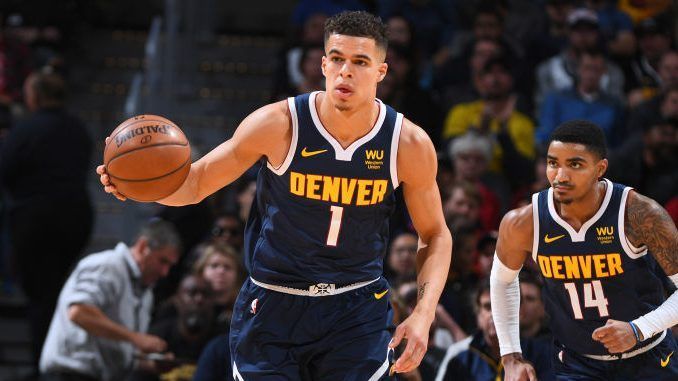 Denver made it to the Western Conference Finals in the bubble, but it took some impressive comebacks to get there and it’s fair to ask if those would have happened in a traditional setting. Those run of comebacks hit a wall when the Nuggets went up against LeBron James, Anthony Davis, and the Lakers.

That has a lot of people around the league saying the Nuggets are still one player away, one big trade away. To get an elite player the Nuggets would have to give something up, which is why Michael Porter Jr.‘s name keeps coming up in hypothetical trades.

However, Denver is shooting down calls to see if he is available, reports ESPN’s Brian Windhorst on his “Hoop Collective” podcast (hat tip to RealGM).

“In talking to teams around the league, the Nuggets have made it clear: Michael Porter Jr. is not available. Do not ask…

“I can’t tell you how much I was told this week that they’re not trading Michael Porter Jr. If you believe Michael Porter is a future All-NBA player, which some people do, not everybody, that’s a polarizing discussion.”

Denver is undoubtedly high on Porter Jr., who had a breakout playoffs, but there are only a handful of truly untouchable players in the NBA — for example, LeBron, Stephen Curry, Kevin Durant, in Denver Nikola Jokic qualifies. After that comes a much larger tier of “we will not trade this guy unless another team makes a godfather offer” — the Nuggets seems to have Porter Jr. on that tier.

The Nuggets are not going to throw Porter in just any deal. Now, if a superstar player who could put Denver over the top becomes available, the equation changes. Right now, that player is not on the market, so Denver can keep hanging up on those Porter Jr. trade calls.

Maybe Porter Jr. grows into that player, but the Nuggets will keep their options open. They are young, they are close, and the front office just needs to figure out what gets them that one more step.