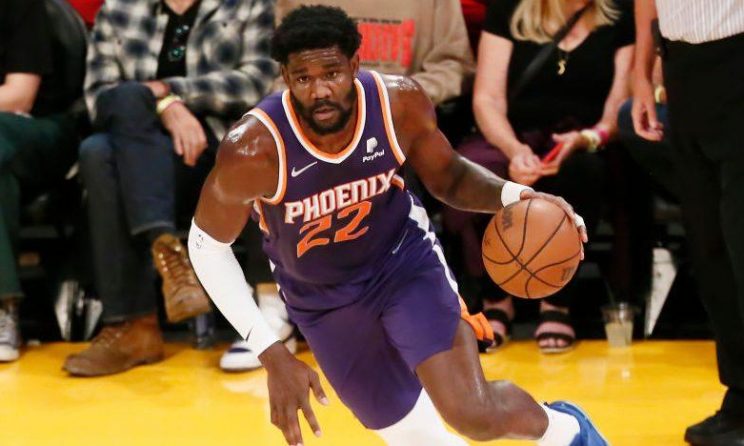 The season after playing a pivotal role in lifting his team to the NBA Finals for the first time in decades is not the time you want a young star player frustrated and thrown off heading into the season.

But here we are with Deandre Ayton and the Phoenix Suns.

Ayton is extension eligible and the former No. 1 pick wants max money as Luka Doncic, Trae Young, and Shai Gilgeous-Alexander from his draft class have all already gotten. The Suns and owner Robert Sarver have yet to offer Ayton a max (worth $173 million over five years).

“I love Phoenix but I’m really disappointed that we haven’t really gotten a deal done yet,” he said. “We were two wins from a championship and I just really want to be respected, to be honest. Be respected like my peers are being respected by their teams.”

Ayton said he will “let them handle it in the most professional way possible and just control what I can control” when asked if he is confident a deal will get done.

An extension can be signed up until next Monday night (Oct. 18). After that, Ayton would become a restricted free agent next offseason.

Ayton is saying the right things about the future, but it’s fair to ask how not having a contract in hand will impact both his mindset this season and his future dealings with the franchise.

The Suns could argue Ayton is not yet an elite, All-NBA level center on either end of the court, the kind of player who demands max money. However, he is 23, has incredible athleticism and raw talent, is improving every season (and made a leap late last season and into the playoffs), and he is a key part of the Suns’ future. The Suns didn’t take Doncic or Young to get Ayton. He averaged an efficient 14.4 points and 10.5 rebounds a game last season.

Around the league, it’s considered a surprise — but not out of character for Sarver — not to have a max extension done.

If no extension deal is reached, the Suns still have control next summer and can match any other team’s offer —but the franchise risks losing its young star and former No. 1 pick through his prime. Ayton will get max offers from other teams next season (the most they can offer is four years, $128 million), but those teams might give Ayton a 3+1 contract (or even a 2+1) that allows Ayton to hit free agency even earlier. With the salary cap expected to jump in the coming years, Ayton may take the shorter deal to bet on his future and potentially leave the Suns in a few years. Players and agents have a long memory when they feel disrespected and slighted.

The Suns enter this season with the goal of a repeat trip to the Finals behind Chris Paul, but that will be more difficult in what is a deep and dangerous West. Having the team’s center and anchor in the paint “disappointed” entering the season doesn’t help reach that goal.

Check out more on the Suns

Deandre Ayton “disappointed” not to have max extension done with Suns originally appeared on NBCSports.com