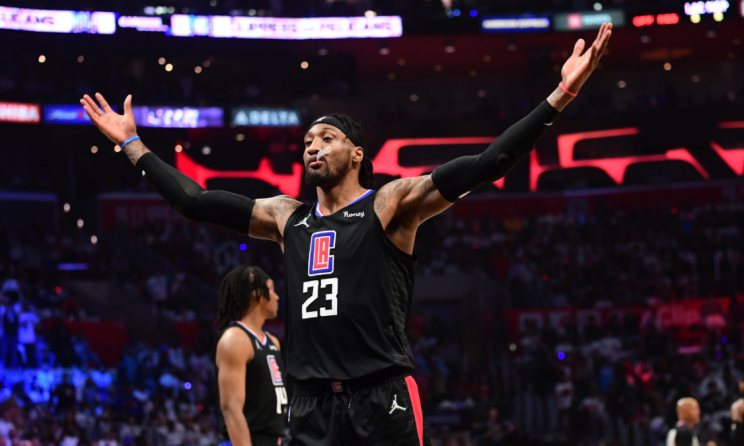 While the NBA playoffs are in full swing, the Los Angeles Clippers are already busy making roster moves ahead of next season after getting bounced in the play-in tournament by the New Orleans Pelicans. L.A. is signing forward Robert Covington to a two-year, $24 million contract extension, his agent Andrew Morrison confirmed to ESPN.

Covington was set to be an unrestricted free agent this summer, but the league’s collective bargaining agreement allows him to re-sign for a maximum of two years with his current team. With the list of teams expected to have ample cap space this summer primarily involving rebuilding franchises, Covington secures a short-term deal and bypasses what could be an unpredictable offseason.

The Clippers acquired Covington at the trade deadline in a deal that also brought in Norman Powell. L.A. sent Eric Bledsoe, Justise Winslow, Keon Johnson and a 2025 second-round pick to the Trail Blazers to get Powell and Covington. In 23 games with the Clippers this season, Covington saw an increase in his efficiency, as he shot 45 percent from deep on nearly five attempts per game. He gives the Clippers yet another lengthy perimeter defender who can space the floor and knock down 3s.

While the Clippers missed the playoffs this season — by a very slim margin by the way — bringing in Powell and Covington were moves made with the future in mind. Kawhi Leonard should be returning fully healthy next season after missing the entire 2021-22 season with a torn ACL, as well as Paul George who was in and out of the lineup with various injuries.

With Covington re-signed and healthy seasons from Leonard and George on the horizon, the Clippers should once again be considered championship contenders entering the 2022-23 season.