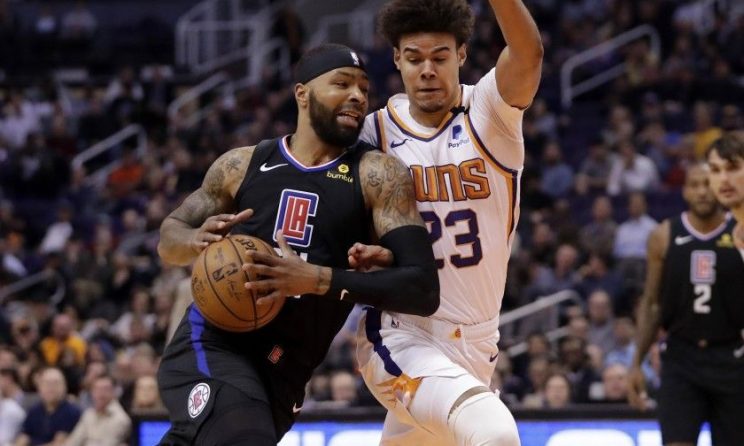 The signings came hours after the team began finalizing another deal, with second-year guard Ky Bowman. The 6-foot-1 Bowman, waived Nov. 20 by Golden State after averaging 7.4 points and 2.9 assists last season while on a two-way contract with the Warriors, will compete for a roster spot when training camp begins early next month. Because of the NBA’s COVID-19 restrictions, the Clippers are expected to start individual workouts at their practice facility on Dec. 1, before transitioning to group workouts about one week later.

Such moves are not expected in the slightest to be the team’s last as they attempt to upgrade the roster after September’s disappointing second-round exit from the postseason after losing a 3-1 lead in the best-of-seven series to Denver. The team is known to be monitoring the trade market but executives across the NBA told The Times that finding suitors for players including backup guard Lou Williams and starting guard Patrick Beverley could be easier said than done because of the players’ age, contracts and performance during the league’s restart.

Morris and Patterson were re-signed by the team, with Morris agreeing to a four-year $64-million contract and Patterson signing for what is expected to be the veteran’s minimum.

“We are delighted that Marcus has chosen to continue his career with the Clippers,” team president Lawrence Frank said in a statement announcing the signing. “We obviously depend on his scoring, shooting ability, and defensive versatility. With his experience, toughness and team-first approach, we will look to him as a leader as well.”

Ibaka signed a two-year contract using the team’s full mid-level exception worth $9.3 million next season, a decision that helped lure him from Toronto, where he won a championship in 2019 alongside Clippers star Kawhi Leonard. Ibaka is expected to begin the season as a backup but, given his 144 postseason games, could become a candidate for the team’s closing lineups in high-leverage matchups.

“We are thrilled to have Serge, a proven veteran with NBA championship experience, joining the Clippers,” Frank said. “His offensive versatility and defensive intensity will fit in well with this team.”

Using the full mid-level on Ibaka also leaves the Clippers unable to exceed the league’s $138.9-million hard cap. The team currently has 11 players on guaranteed contracts in addition to center Joakim Noah’s contract that guarantees Dec. 22, the first day of the season. That doesn’t include Bowman’s contract, which has yet to be made official.