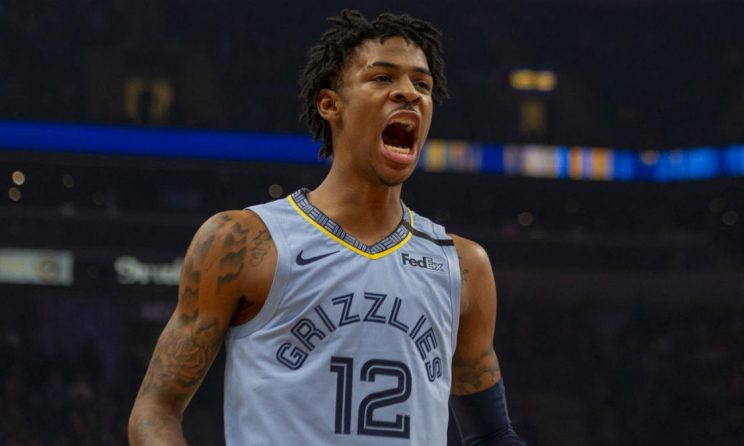 The Memphis Grizzlies will take on the Boston Celtics at 7:30 p.m. ET on Wednesday at TD Garden. Boston is 28-14 overall and 17-5 at home, while Memphis is 20-23 overall and 8-10 on the road. The Celtics enter Wednesday’s matchup having lost six of their last nine games. The Grizzlies, meanwhile, have won seven of their last eight. Boston is favored by seven-points in the latest Celtics vs. Grizzlies odds, while the over-under is set at 232. Before entering any Grizzlies vs. Celtics picks, you’ll want to see the NBA predictions from the advanced computer model at SportsLine.

Now, it has simulated Celtics vs. Grizzlies 10,000 times and the results are in. We can tell you that the model is leaning under, and it’s also generated a point-spread pick that is hitting in well over 50 percent of simulations. You can only see the pick at SportsLine.

A well-balanced attack led the Celtics to a convincing victory over the Los Angeles Lakers on Monday. The Celtics were totally in charge, breezing past Los Angeles 139-107. The matchup was all but wrapped up at the end of the third quarter, by which point Boston had established a 24-point advantage. The Celtics led by 30 points early in the fourth quarter and their biggest lead was 34. Kemba Walker, Jaylen Brown and Jayson Tatum combined for 67 points.

Meanwhile, Memphis came up short against New Orleans on Monday, falling 126-116. Guard Dillon Brooks matched a season-best with 31 points and had nine boards. The Grizzlies tried to overcome a 25-point deficit but could ultimately not climb closer than within five points.