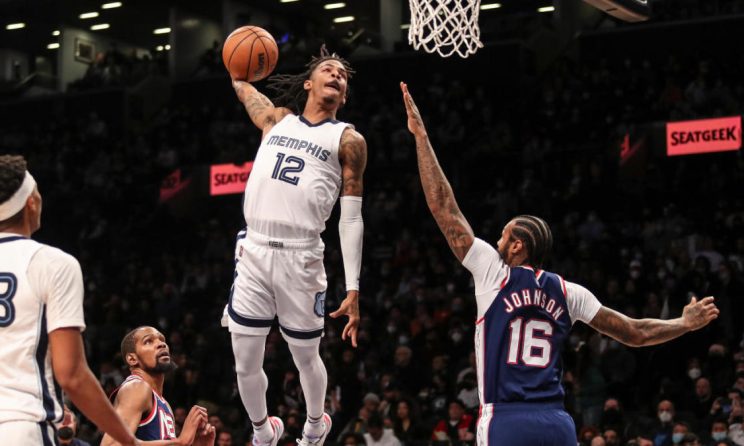 The Cleveland Cavaliers host the Memphis Grizzlies in a cross-conference NBA showdown on Tuesday. Rocket Mortgage FieldHouse will showcase the proceedings, with the Cavaliers bringing an 11-8 home record and a 21-16 overall mark. The Grizzlies are on the second night of a back-to-back after a road tilt against the Nets on Monday, and Memphis will be without Kyle Anderson, Dillon Brooks and De’Anthony Melton due to protocols. Isaac Okoro (elbow), Cedi Osman (protocols), Ricky Rubio (knee), Collin Sexton (knee) and Rajon Rondo (reconditioning) are out for Cleveland.

Caesars Sportsbook lists Cleveland as a three-point home favorite, and tip-off is scheduled for 7 p.m. ET. The total number of points Vegas thinks will be scored, or the Over-Under, is 215.5 in the latest odds. Before you make any NBA predictions with the Grizzlies vs. Cavaliers match-up, be sure to see the NBA predictions and betting advice from SportsLine’s proven computer model.

The SportsLine Projection Model simulates every NBA game 10,000 times and has returned well over $10,000 in profit on its top-rated NBA picks over the past three-plus seasons. The model enters Week 12 of the 2021-22 NBA season on a stunning 50-27 roll on all top-rated NBA picks, returning almost $2,000. Anyone following it has seen huge returns.

Now, the model has set its sights on Cavs vs. Grizzlies and revealed its NBA picks and predictions. You can head to SportsLine now to see the model’s picks. Here are several NBA odds and betting lines for Grizzlies vs. Cavs:

Why the Grizzlies can cover

Memphis has an intriguing statistical profile with notable strengths on both ends. The Grizzlies are in the top eight in the NBA in offensive efficiency, scoring more than 1.1 points per possessions. Memphis leads the NBA in offensive rebound rate and second-chance points, with top-three marks in fast-break points and points in the paint. The Grizzlies round out the offensive side with above-average marks in turnover rate, free-throw attempt rate and assist rate.

Memphis is also elite at creating havoc on defense, forcing more than 15 turnovers per game. The Grizzlies lead the NBA in steals with a top-three ranking in blocks, and Memphis is above-average in defensive rebound rate and second-chance points allowed. The Grizzlies make it tough for opponents to score near the rim, and Cleveland is No. 25 in the NBA in avoiding turnovers on offense.

Why the Cavaliers can cover

Cleveland’s defense is tremendous this season, but the Cavaliers are also flying high on offense. The Cavaliers are scoring 110 points per 100 possessions, with above-average marks in assist percentage (63.8 percent), points in the paint (47.2 per game) and offensive rebound rate (27.5 percent). Cleveland is in the top 10 of the NBA in field goal percentage at 46.3 percent, with top-seven marks in two-point accuracy (53.8 percent) and assists (25.4 per game).

Memphis is second-worst in the league in three-point percentage allowed and No. 24 in the NBA in assists allowed on defense. With that offensive profile combining with Cleveland’s top-three defense and top-five marks in three-point shooting allowed and free throw prevention, the Cavaliers are in a strong position overall.

How to make Grizzlies vs. Cavaliers picks

SportsLine’s model is leaning under on the total, projecting the teams to combine for 208 points. The model also says one side of the spread hits in well over 50 percent of simulations. You can only get the model’s NBA picks at SportsLine.