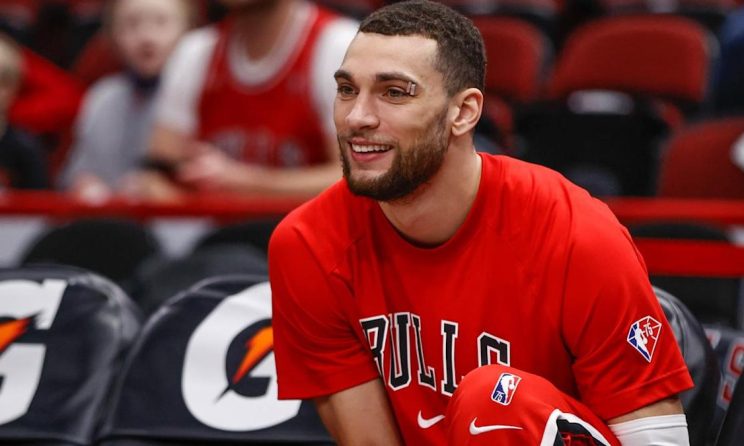 For the third season in a row, Zach LaVine will represent the Chicago Bulls in the 3-point contest at All-Star weekend.

And for the third season in a row, LaVine will be vying for history when he competes.

If LaVine wins the shootout, which will be held Saturday, Feb. 19 in Cleveland, he would be the first player in NBA history to win both the dunk and 3-point contest in his career. He took home the dunk crown in 2015 and 2016 while a member of the Minnesota Timberwolves, but was ousted in the first round of both the 2020 and 2021 3-point contests.

The competition in this year’s field will be stiff, no doubt:

Whoever wins will be a first-time champion. None of the above participants have ever won the competition before.

While the Bulls have no representatives in this year’s skills challenge or dunk contest, LaVine’s enrollment ensures that Chicago fans will have something to watch every night of All-Star weekend. Ayo Dosunmu will compete for Gary Payton’s team in Friday’s Rising Stars challenge, and LaVine and DeMar DeRozan will appear in the All-Star game itself.