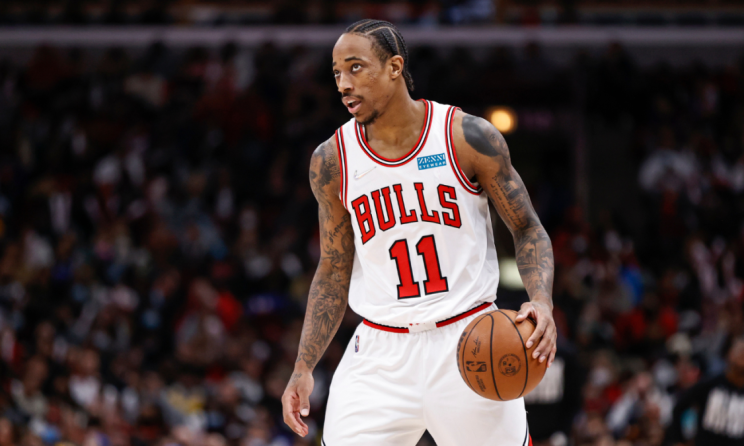 DeMar DeRozan is in the midst of the best season of his career. The veteran scorer is averaging almost 28 points per game since joining the Chicago Bulls, and he’ll be starting Sunday’s All-Star Game in Cleveland thanks in large part to that shotmaking. Lately, though, he’s taken things to a new level. Not only is he averaging a career-high in points, but he’s even managed to accomplish a feat that no Bull, not even Michael Jordan, has ever reached.

On Monday, DeRozan scored 40 points on 16-of-24 shooting. That was the sixth game in a row in which DeRozan not only scored 35 or more points but did so on 50 percent shooting or better. The last player to do so? Wilt Chamberlain, who had two such streaks. One came in the 1960-61 season, and another came in 1963, according to ESPN Stats & Info.

DeRozan has been great throughout the streak, but he saved his best work for Monday’s matchup with his old team. The San Antonio Spurs led DeRozan’s Bulls by six entering the fourth quarter, but Chicago won the fourth quarter by a 37-20 margin thanks to their veteran All-Star. He nearly matched the Spurs on his own by scoring 19 points in the final frame.

DeRozan won’t have to wait long for his chance at breaking the record. The Bulls play again on Tuesday against the NBA’s No. 29 ranked defense, the Sacramento Kings. While DeRozan has evolved into one of the NBA’s very best shot-makers, he’s never occupied a place in history remotely close to Chamberlain.

Wilt, on a purely statistical basis, is the best scorer in NBA history. He scored 100 points in a game and averaged 50 across a season. DeRozan will almost certainly never accomplish either, and he’s been overlooked for much of his career due to his struggles in the playoffs and struggles behind the arc. But topping Chamberlain would put his career year into the record books where it belongs.