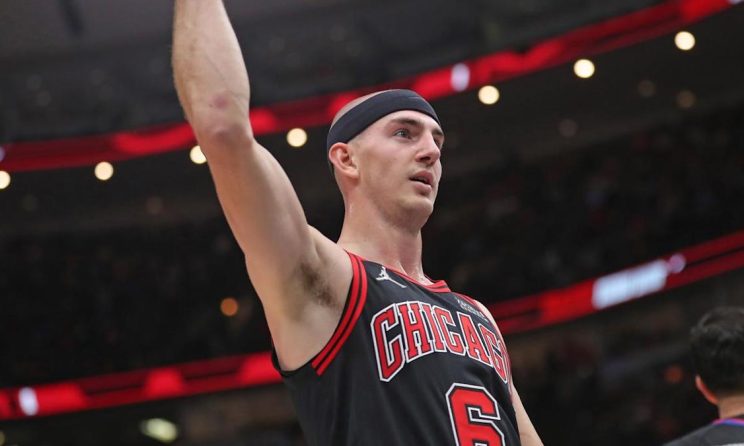 But that doesn’t mean all the team’s health news is bad.

Coach Billy Donovan called disruptive defensive guard Alex Caruso “recovered” from the sore right hamstring that sidelined him for two games and forced him to leave a third early before he returned for last Saturday’s loss in Miami.

Caruso left the Bulls’ Dec. 4 victory over the Nets after playing just eight minutes while clearly laboring and then missed the next two games. He returned to play 27 minutes in the Bulls’ Dec. 11 loss to the Heat.

“There was no kind of residual effect or any kind of issue with him after the game where he was experiencing any kind of symptoms in his hamstrings or any problems. He actually felt pretty good,” Donovan said. “Certainly this week gives him more time to get treatment and continue to make that area in his hamstring stronger through the treatment.”

Caruso took just one missed shot in the Bulls’ Nov. 15 road victory over the Lakers but made his typical make-you-notice contribution with five assists, six rebounds, two steals and physical defense galore. The Lakers, with whom Caruso won a championship and became a fan and LeBron James favorite, welcomed Caruso back that day with a video tribute.

Caruso leads the NBA with 2.2 steals.

“Lonzo (Ball) kind of stands out,” Donovan said of the guard who had logged 40 minutes in three of his last four games and 39 in the other. “Zach (LaVine) is in health and safety protocols, but he was a guy that was logging a lot of minutes as well. So hopefully it gives those guys an opportunity to get their bodies a chance to recover some.”