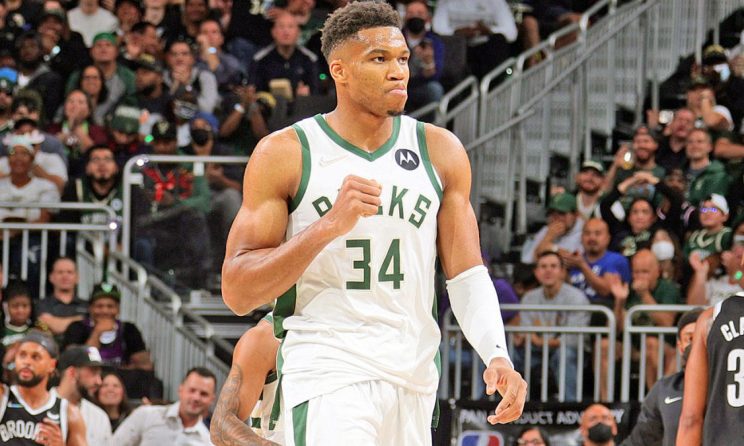 Milwaukee Bucks star Giannis Antetokounmpo has cleared the league’s health and safety protocols, but it’s still unclear if he’ll play in the team’s Christmas Day game against the Boston Celtics. He did on-court work on Friday, and there is optimism he will be able to play, per ESPN’s Adrian Wojnarowski. However, no final decision has been made on his availability.

Giannis entered the protocols on Dec. 14 and has missed the Bucks’ past five games. Though the team will obviously want him back as soon as possible — and the league would prefer to have one of its biggest stars available for their marquee day — the Bucks won’t rush him back if he’s not 100-percent ready.

Based on comments from Khris Middleton earlier this week, it appears that Giannis did test positive for COVID-19 and was symptomatic.

“I talked to him a couple times,” Middleton said. “I think he’s definitely feeling it, from what I gathered, or heard when I talked to him. But he lives and breathes basketball. I think we all know that. So I think it’s an understatement to say he misses being out there, misses being out around the court and what not. Like you said, when he’s not playing he’s standing up on the bench the whole time. I know he’s itching to get back so I hope we can see him here soon.”

Given his mindset and the circumstances, Giannis will surely be pushing to play. But as special as it is to suit up on Christmas Day, it’s still just one game in the grand scheme of things. The Bucks have to think big picture as they try to become the first team since the Golden State Warriors to repeat as champions.

Perhaps the most likely outcome is that Giannis will play, but will be put on some sort of a minutes restriction since it will be his first game in nearly two weeks.