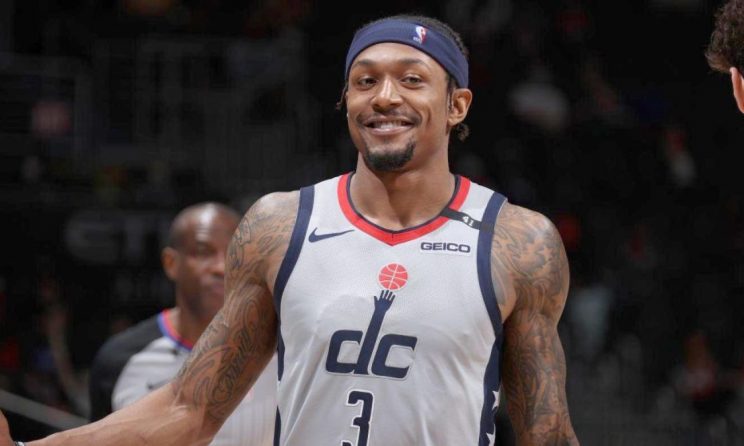 Once the calendar flipped from September to October, Washington Wizards All-Star guard Bradley Beal became eligible for a four-year, $181.5 million contract extension. However, he doesn’t appear to be in any sort of a rush when it comes to putting pen to paper. Instead, it appears as though Beal wants to wait and see how the Wizards fare early on during the upcoming season before making any sort of a long-term commitment.

Beal currently has two years remaining on his current contract with the Wizards, but the second season is a player option that he could opt out of in favor of unrestricted free agency next summer.

“My biggest thing is getting us off going to a good start,” Beal said of an extension, via The Washington Post. “We worry about the contract money and all that later. I’ll let them deal with it when the time comes, for sure. I got all year to sign, too. So I’m not in a rush… I want to win. I want to win the right way and do it here, and I think we have enough. So it’s just we have to get it done.”

Beal has played with the Wizards for his entire career since they selected him with the third overall pick in the 2012 Draft. Though Beal and the Wizards have made the postseason five times since then, they haven’t been able to advance past the second round. Last season, they lost to the Philadelphia 76ers in five games in the first round.

The Wizards made several solid additions over the offseason, including Spencer Dinwiddie, Kyle Kuzma, Montrezl Harrell, Aaron Holiday and Kentavious Caldwell-Pope. However, the team also traded away Russell Westbrook (at Westbrook’s request). Beal had become close with Westbrook, and was likely disappointed by the move, but he also understood it given the fact that Westbrook is operating with urgency at this stage in his career.

“This happens every year. Players are gonna talk, and Russ decided he was gonna do what was best for him and his family and I wasn’t there,” Beal said of Westbrook, via NBC Sports Washington. “I wasn’t in the same headspace he was. And it was a respectable decision. I love Russ to death, we had a great conversation leading up to it, many great conversations leading up to it and he made a decision that was best for him. We were in a place of limbo for a minute. We didn’t have a coach, we didn’t know what was going on, it was a little rocky. Him going into his 14th year, he’s looking like his time is ticking so he wants to be on a championship-contending team now, and I respected that.”

Beal is younger than Westbrook, but his clock is ticking as well, so one can’t help but wonder when he’ll begin to feel that same urgency that Westbrook feels. On paper, it’s tough to tell if the Wizards will be markedly better than they were last season, and if they’re not, perhaps that extension will never get signed.