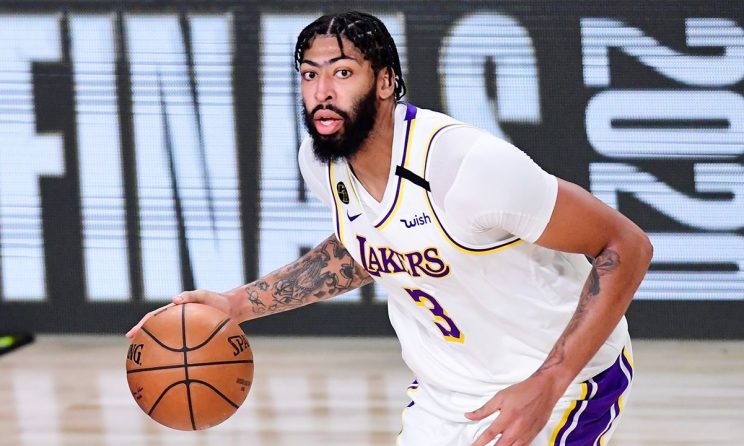 Anthony Davis reportedly has decided to decline his $28.7 million player option with the Los Angeles Lakers and will become an unrestricted free agent.

Yes, any team will be eligible to sign Davis when free agency begins on Nov. 20. However, we already know who he’ll be signing with. The Lakers. Duh.

Davis’ decision to decline his player option, which was first reported Sunday by Yahoo Sports’ Chris Haynes, has been the worst kept secret in the NBA ever since the Lakers acquired him in a trade with the New Orleans Pelicans last offseason. It’s a business decision, and nothing more.

By entering unrestricted free agency, Davis can now sign for far greater long-term security than what he would have had on the last year of his contract. The Lakers can — and will — offer him a lucrative, long-term contract that will keep him in purple and gold for many years to come. All that’s left to be determined are the specifics.

Davis currently has eight years of NBA experience under his belt. Once a player reaches 10 years of experience, their maximum salary potential increases. So, it is widely expected that Davis will sign a contract that allows him to re-enter free agency two offseasons from now.

RELATED: What Lakers’ trade for Thunder’s Schroder means for Warriors

Another factor to consider is LeBron James. Davis’ star teammate is under contract for this coming season, and has a player option for the 2021-22 season. Depending on how long James intends to keep playing, that could have a determining impact on how Davis views his long-term fit in Los Angeles.

In addition to Davis, the Lakers have several other players who could test free agency, which could severely deplete the depth of the defending NBA champions. What is certain, though, is that The Brow will be re-signed, and as long as he’s around, the Lakers will be a major threat to the Warriors and the rest of the league.