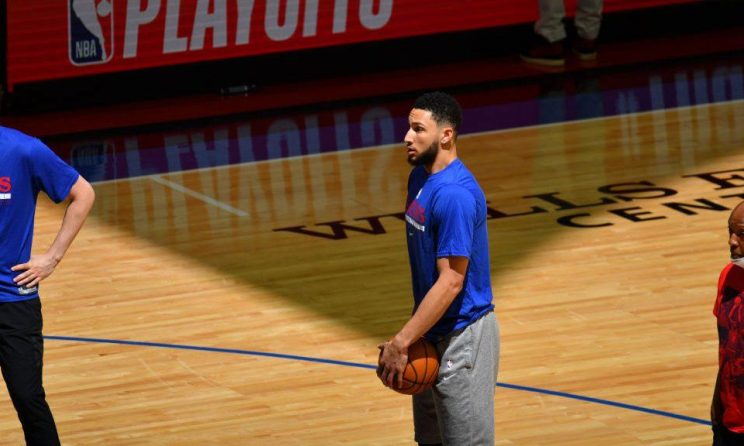 I will let you, smart readers, guess which side leaked the report that Boston and Philadelphia talked about a Ben Simmons trade and that the 76ers asked for Jalen Brown.

That trade was laughable on its face for the Celtics and quickly was shot down. Boston was not going to trade its best wing this season, a two-way player who averaged 21.8 points a game the last time Boston was in the playoffs, for an odd-fitting point forward who folded in the postseason last time we saw him play. But if you need further proof, here is a report from Brian Robb at Masslive.com (Booth Newspapers).

Multiple league sources were adamant to MassLive.com that the Celtics have no interest in moving the All-Star Brown in the interim, particularly with him under team control for two more seasons at a below-market deal. 76ers general manager Daryl Morey has always aimed high in trade negotiations throughout his career but this is posturing will likely go nowhere given what’s happened to Simmons’ trade value over the past several months in the midst of his holdout.

As noted by Robb, Simmons playing next to Brown and Jayson Tatum is interesting, but the Celtics cannot construct a trade without either Brown or Jayson Tatum (also off-limits) that would interest Daryl Morey and the 76ers. Philadelphia sees itself as a contender — it started 8-2 this season with the best offense in the league until COVID hit hard — and Morey has said he wants a “difference-maker” back in any trade for Simmons.

There continues to be little meaningful Simmons trade talk, league sources tell NBC Sports. It may be after Dec. 15, when many players who signed this summer can be traded, that trade talks pick up. Simmons reported to the Sixers but has said he is not mentally ready to play, the team has not considered him forthcoming on issues surrounding his mental health, but he has now met with a team-recommended mental health professional. There is no timeline for his return to the court.

Check out more on the 76ers

Another report Celtics not interested in trading Brown for Simmons, anyone originally appeared on NBCSports.com