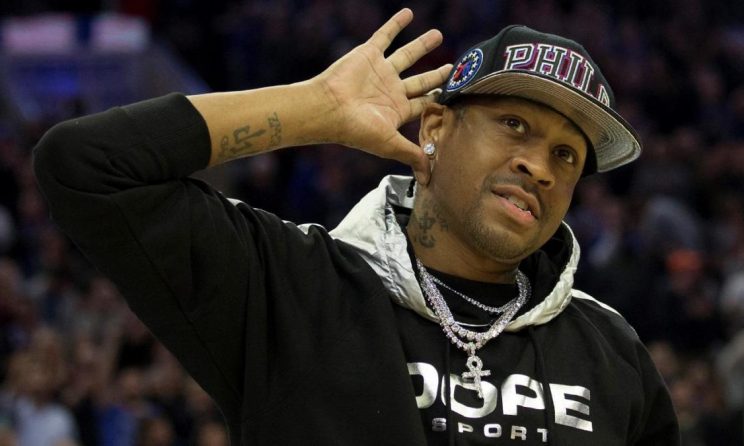 Allen Iverson may have played for four different NBA teams, but his heart still belongs to the Philadelphia 76ers. That was the team that picked him No. 1 overall in 1996. They watched him become an MVP and he led them to the 2001 NBA Finals. In 2010, he played his final NBA games as a member of the team, but he hasn’t been involved with the team since.

Now, Iverson wants to change that. In an interview with Bleacher Report’s Taylor Rooks, the Hall of Fame guard revealed that he wants to work for the 76ers in some capacity.

“I’m a Sixer for life,” Iverson said. “I got Sixer blood pumping through me. Everybody knows that I want to help that organization. I been retired, what, 11 years? I don’t know how I’m not a part of that staff in some kind of way.

“Even if it’s [as a consultant], I will be the happiest in the world and the money thing ain’t got nothing to do with it. It’s just me being me and me being a Sixer and wanting to help. I don’t know why nothing has been put in place for me. I still love y’all. Don’t get it twisted. It’s all love and it ain’t never going nowhere. But it’s just something I don’t understand.”

Iverson is one of the best players in team history, but the past several years haven’t exactly been a stable time for the organization. Philadelphia has employed four different heads of basketball operations since 2016, and that has led to quite a bit of staff shakeup. Former Iverson teammate Elton Brand is still Philadelphia’s general manager, but he no longer leads the team’s basketball operations as he was replaced in that position by Daryl Morey.

Retired legends frequently hold ceremonial positions with their former teams in which they serve as ambassadors, recruiters, and, when their schedule permits, instructors for young players. Whether or not such a low-impact role is or ever has been available to Iverson is not fully clear, but Iverson appears open to any position the 76ers might be willing to give him. Even if they aren’t interested in bringing him on as a full-time coach, the 76ers could surely use Iverson’s wealth of experience as a resource in both player development and locker room management. Iverson is revered among modern players, and that’s a resource the 76ers should find a way to tap into.