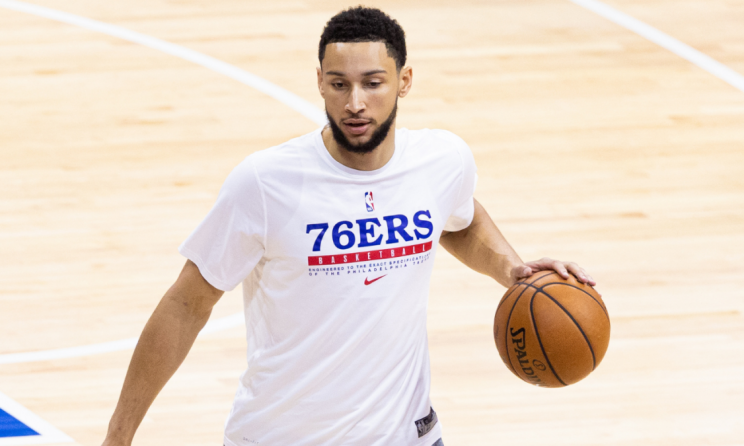 The dominos continue to fall in the ongoing Ben Simmons saga. Simmons has requested a trade away from the Sixers and made it clear that he doesn’t plan to play for Philadelphia again. On Friday, Oct. 1, Simmons was due a quarter of his contract for the 2021-22 season ($8.25M) from the Sixers, and there was some ongoing speculation about whether the team would pay him that money. Now we have an answer — they won’t, according to Shams Charania of The Athletic.

Simmons was prepared for this to happen, but it will still be interesting to see if this move alters his stance at all, as he could still recoup a large chunk of that money if he ultimately decides to rejoin the team. So far, Simmons has missed media day and the first week of training camp in Philadelphia. Moving forward, Simmons will be fined $227,613 for each game that he misses, starting with Philadelphia’s preseason opener on Oct. 4. That per-game deduction will come out of the $8.25M escrow that Philadelphia has set up with the money that the team withheld from Simmons, according to ESPN’s Bobby Marks.

If the withheld payment doesn’t change Simmons’ stance, he at least appears to be aware of the financial ramifications, as he “liked” an Instagram post that breaks down how much he can be fined.

The back-and-forth between Simmons and the Sixers has played out very publicly and has turned ugly. On Thursday, Sixers star center Joel Embiid expressed his frustration with the situation for the first time.

“I’m really focused on the guys that are here,” Embiid said. “The situation is weird, disappointing, borderline kind of disrespectful to all the guys that are out here fighting for their lives. Some guys rely on the team being successful to stay in the league and make money somehow. Because if you’re on a winning team, you’re always going to have a spot in the league, just because you’re on a winning team and you contributed.”

One can’t blame Embiid for feeling frustrated since the situation is proving to be a consistent distraction to a team that has legitimate championship aspirations. Moving forward, the ball is in Simmons’ court (pun intended), as the Sixers have made it clear that they won’t force a trade that doesn’t benefit them. If Simmons wants to save some cash, he can rejoin the team and make the best out of an uncomfortable situation. If not, the Sixers will have no problem with continuing to withhold his pay.