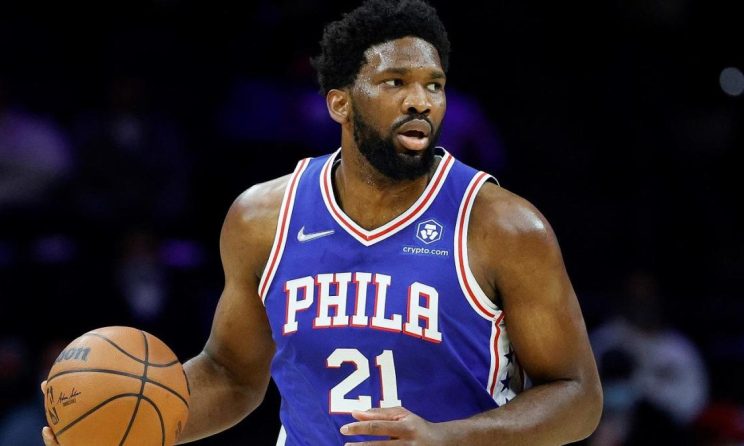 Wells Fargo Center hosts an NBA matchup between the Philadelphia 76ers and the Houston Rockets on Monday night. The 76ers host the proceedings in search of their 20th win of the season, with Philadelphia entering at 19-16 overall and 6-8 at home. Houston is 10-27 overall and just 3-17 on the road this season.

Tip-off is at 7 p.m. ET in Philadelphia. The 76ers are 13.5-point home favorites, while the over-under, or total number of points Vegas thinks will be scored, is 221 in the latest Rockets vs. 76ers odds. Before you make any 76ers vs. Rockets picks, be sure to see the NBA predictions and betting advice from SportsLine’s proven computer model.

The SportsLine Projection Model simulates every NBA game 10,000 times and has returned well over $10,000 in profit on its top-rated NBA picks over the past three-plus seasons. The model enters Week 11 of the 2021-22 NBA season on a stunning 48-24 roll on all top-rated NBA picks, returning almost $2,000. Anyone following it has seen huge returns.

Now, the model has set its sights on Rockets vs. 76ers and revealed its NBA picks and predictions. You can head to SportsLine now to see the model’s picks. Here are several NBA odds and betting lines for 76ers vs. Rockets:

Why the Rockets can cover

Houston should be able to carve out success based in part on Philadelphia’s weaknesses. The Sixers are dead-last in the NBA in offensive rebound rate and second-worst in overall rebound rate, which could allow the Rockets to win the possession battle. The 76ers are also in the bottom six of the NBA in both 3-pointers and assists, and Houston is above-average in 3-point defense (34.7 percent allowed) and blocked shots (5.0 per game).

On offense, the Rockets make quality use of the free throw line, leading the NBA with 24.1 attempts per game. Houston is also in the top 10 of the league in 3-pointers (13.1 per game) and points in the paint (48.4 per game), with the Rockets landing in the top five in averaging 14.7 second-chance points per contest.

Why the 76ers can cover

On defense, the 76ers are holding the opposition to only 105.9 points per game, and Philadelphia is in the top 10 of the NBA in steals (8.0 per game) and blocks (5.9 per game). The 76ers are also above-average in assists allowed, free throw attempts allowed and points allowed in the paint. Houston’s offense ranks in the bottom five in overall efficiency, and the Rockets have committed the most turnovers per game in the NBA in 2021-22.

How to make Rockets vs. 76ers picks

SportsLine’s model is leaning under on the total, projecting the teams to combine for 218 points. The model also says one side of the spread hits in well over 60 percent of simulations. You can only get the model’s NBA picks at SportsLine.