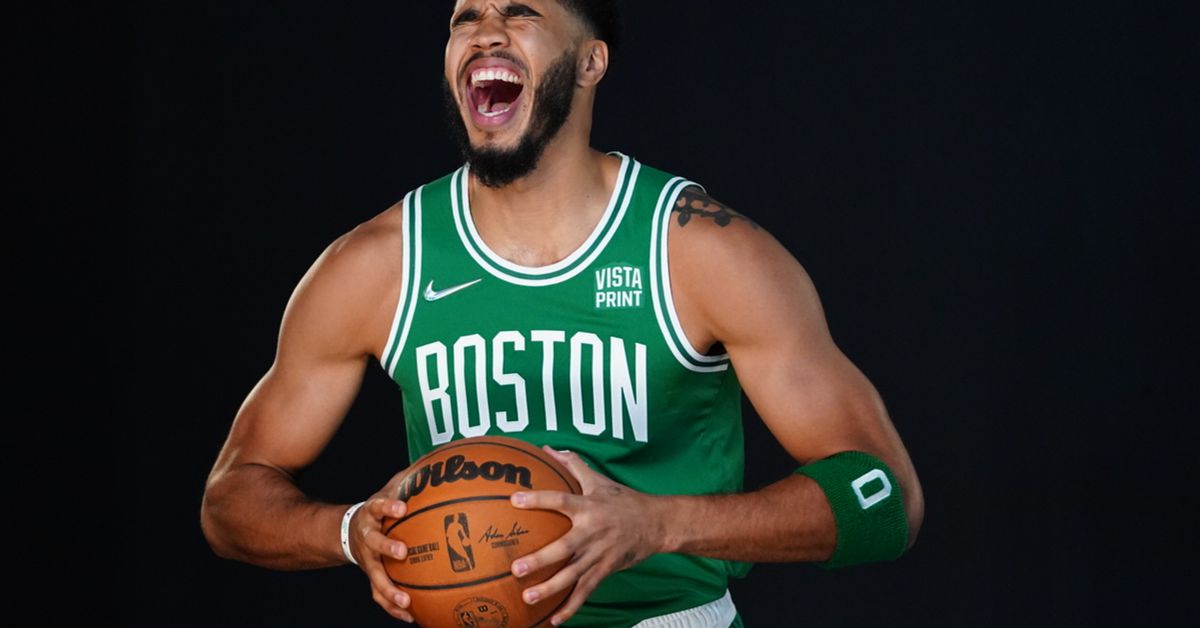 Jayson Tatum took another leap forward last season. Career-highs in points (26.4), rebounds (7.4), and assists (4.3) per game in a group populated by only four other players, all of whom are widely regarded among the best in the NBA.

If Tatum has yet to officially ascend to superstar status, he’s about as close as one can get, which means a potential MVP case is easier to make. It’s just a matter of determining the boxes he’ll have to check off to get there.

Every MVP argument starts with the numbers. Tatum should have no issues in that department. He was 11th in the league in scoring last season and was also second among small forwards in rebounding and seventh in assists.

At 23 years of age, there’s still plenty of space for those numbers to improve. A system change may prove helpful as well. Head coach Ime Udoka plans to have Tatum (and Jaylen Brown) initiate more of Boston’s offense, creating playmaking opportunities that could result in more assists. Triple doubles are a great way to generate buzz among fans and, more importantly, MVP voters.

Many believe that the second component to an MVP case lies in the narrative. The NBA is a story-driven league. Thus, you need a compelling story to get the right people backing you. Or so the theory goes.

The reality is far more simple. It’s all about winning. History shows us that only four MVPs have played on anything less than a top-2 seed in their conference (it should technically be three, but the NBA’s bogus division-winning rule bumped the Utah Jazz to No. 3 when Karl Malone won it in 1999).

Reigning MVP Nikola Jokic set some recent precedence that bucks that trend, which could further open the door for Tatum to win MVP with something less than a top-2 record. The Nuggets were third in the West last season with the same amount of wins as the fourth-seeded Clippers. One could argue, however, that the status quo would’ve remained if not for a wide discrepancy in missed games that cost Joel Embiid the MVP as part of the No. 1 team in the East with a better record than Denver.

Whatever the hypothetical bar is next season, it certainly rests higher than where the Celtics sat in 2021, seventh in the East with a .500 record.

Boston must be better. It likely will be. Udoka is a much-needed breath of fresh air at the coaching spot. Al Horford returns a different dimension at the center position. With Dennis Schroder and Josh Richardson on board, the Celtics won’t have to rely so heavily on such young players to uphold the productivity of the second unit. All the better if any one of those youngsters develops even further.

With Tatum leading the way and Brown right by his side, is that enough to earn a top-2 seed in a conference that also houses reigning champion Milwaukee and title favorites Brooklyn? Not to mention teams like Miami and Atlanta trying to assert themselves in the contender conversation.

It’s hard to say, but Boston was a mess of injuries, inconsistencies, and chemistry strains last season that a clean slate with some much-needed changes could surge the Celtics past expectations that still have them a cut below the top of the East.

Similar to last season, there is no prohibitive MVP favorite heading into the new campaign. Nobody is “supposed” to win the award, which leaves it up for grabs.

Tatum will put up numbers that rival the best in the business, but he also needs the rest of the team to stay healthy and do their part. If the supporting cast is up to par, the door will be open for Tatum to propel the Celtics up the standings and himself into the MVP conversation.