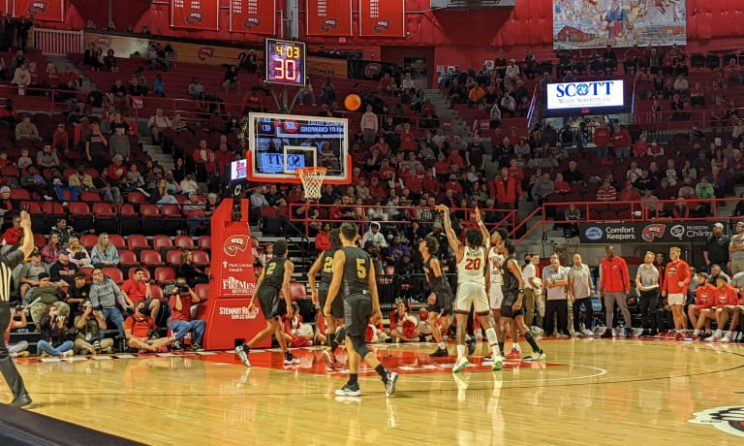 Western Kentucky (3-3) is set to compete in its third straight home game on Tuesday night as the Hilltoppers welcome Rhodes College (3-3) to E.A. Diddle Arena.

The Rhodes College Lynx were not initally scheduled to travel to Bowling Green this season but the matchup was announced on Nov. 16, after the season had began.

Tonight’s matchup marks the first time Western Kentucky and head coach Rick Stansbury have faced off against Rhodes College in a regular-season contest.

When InsideHilltopperSports.com asked Stansbury about tomorrow night’s matchup at the UT-Martin postgame press conference, he respectfully said that the Division III program was.

“I don’t know much about them yet. Naturally, we’ll be the better the team. There’s no disrespect to them, we’re just a better team.”

WHO: Western Kentucky at Rhodes College

The Hilltoppers have won their last two games at home by 15 points or more. The last victory in WKU’s five-game homestand was an 81-66 rout of UT-Martin on Saturday evening.

WKU has also showcased the talent on its roster in the first several games of the season as the Hilltoppers have had a different leading scorer in five out of the last six games.

On Saturday, senior forward Jairus Hamilton led the Hilltoppers with 24 points and 11 rebounds. Hamilton made 8-of-15 shots and was 7-of-11 from the free throw line.

Graduate guard Camron Justice, who was just recently granted an extra year of elibibility by the NCAA, was consistent as well with 17 points, two rebounds, four assists and one steal.

Rhodes College has established a 3-3 record so far this season. The Lynx are coming off a 78-57 loss to Washington University in St. Louis this past Sunday in Memphis.

SERIES HISTORY: Western Kentucky and Rhodes College have never met before in the regular season.