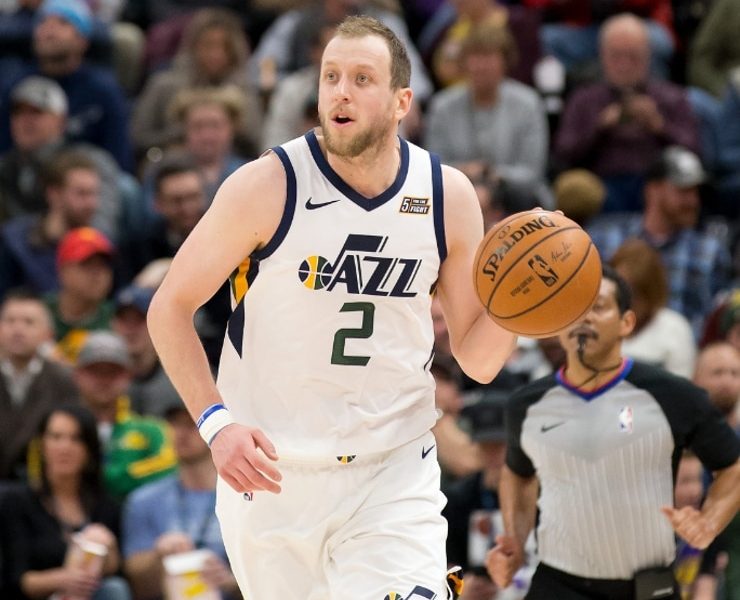 The first award was given to Bobby Jones at the end of the 1982-83 NBA season. Jordan Clarkson, Joe Ingles, Kevin Huerter, Tyrese Haliburton, Derrick Rose—all five players have the best odds of winning the award in 2022. Of course, Clarkson has the best odds of repeating (+500). The table odds down below were retrieved from Bovada.

Guard Jordan Clarkson is the number one favorite to win the award in 2022. Clarkson possesses +500 odds. The seventh-year player was selected 46th overall by the Washington Wizards in the 2014 NBA Draft. Though, he was immediately traded to the Los Angeles Lakers. In the 2020-21 NBA season, the 29-year-old won Sixth Man averaging 18.4 points, 4.0 rebounds and 2.5 assists per game in 68 games played.

Moreover, he also shot 42.5% from the field, 34.7% from beyond the arc and 89.6% at the free throw line. For the last two seasons, he has been a valuable contributor for the Utah Jazz. The guard ranked seventh in the league for made three-point field goals (208). This is all why he’s the frontrunner for the award in 2022.

Forward Joe Ingles is the other prime bench player for the Jazz. The seventh-year player has +1100 odds of winning the award in the upcoming season. Last season, the forward averaged 12.1 points, 3.6 rebounds and 4.7 assists in 67 games played. Additionally, Ingles shot 48.9% from the floor, 45.3% from three-point range and 84.4% at the free throw line.

The 33-year-old Australian ranked third in the NBA last season for effective field goal percentage (65.2%). Not to mention, he ranked third in true shooting percentage (67.2%). Therefore, consider Ingles before placing bets. The player has remained mostly healthy throughout the course of his professional playing career.

Shooting guard Kevin Huerter is another candidate that oddsmakers are paying close attention to. He possesses +1400 odds of winning Sixth Man of the Year. Huerter was selected 19th overall by the Atlanta Hawks in the 2018 NBA Draft. In the 2020-21 season, in 69 games played, the 23-year-old averaged 11.9 points, 3.3 rebounds and 3.5 assists per game.

To add to these statistics, the New York native shot 43.2% from the field, 36.3% from three-point range and 78.1% at the free throw line. He also had a career-high season average of 1.2 steals per game. With a total of 82 steals, he ranked 20th in the NBA last season.

Point guard Tyrese Haliburton has +1400 odds of winning the award. The 21-year-old was selected 12th overall by the Sacramento Kings in the 2020 NBA Draft. Last season, Haliburton averaged 13 points, 3.0 rebounds and 5.3 assists in 58 games. The Kings guard also averaged a field goal shooting percentage of 47.2 percent, and he shot 40.9% from beyond the arc.

Plus, after months of hard work, the young star was selected All-Rookie First-Team. Nonetheless, while the former Iowa State Cyclone played outstanding last season, it was just one season. Bettors might prefer to focus on the more experienced candidates listed here.

Point guard Derrick Rose was a solid starter in the NBA. He was selected first overall by the Chicago Bulls in the 2008 NBA Draft. The guard won Rookie of the Year in the 2008-09 season. Then, he won Most Valuable Player for the 2010-11 season. Rose was also selected to the All-Star Game three times in his career: 2010, 2011 and 2012. Chicago fans will argue that his ACL injury in 2012, which sidelined him for the entire 2012-13 season, contributed the most to his decline as an elite starter in the league.

However, the 32-year-old is a decent bench player nowadays. In 50 games played for the New York Knicks last season, the 12-year veteran averaged 14.7 points, 2.6 rebounds and 4.2 assists. To add to these statistics, Rose shot 47% from the field, 38.8% at three-point range and 86.6% from the field throw line. Anyways, injuries are always a noteworthy factor. Considering his history, it could be too risky of a bet for some gamblers.

Between Jordan Clarkson and Joe Ingles, it’s a difficult decision. After all, they are teammates. Lou Williams was the last NBA player to win Sixth Man in back-to-back seasons. Jamal Crawford has won the award three times in his career as well (2010, 2012 and 2016). Barring a major injury, the odds are in Clarkson’s favor to win the award again.

Aside from Ingles, the other candidates cannot be trusted to duplicate top-tier performances in the upcoming season. Haliburton is young, but age is just a number at times. For example, Ben Gordon won the award as a 21-year-old. Look at James Harden. On the Oklahoma City Thunder, the nine-time All-Star won Sixth Man as a 22-year-old. In summary, Clarkson is just the safest pick, and he is also the best bet.

How to claim a Bovada bonus code?

The BitCoin Sports Welcome Bonus helps bettors earn a 75% bonus up to $750 with the Bovada bonus code: BTCSWB750. Unfortunately, Bovada is not available in Delaware, Nevada, New Jersey and Maryland. There are three important steps to claim the bonus code.

1.) First, one must create his or her own username. This will require a first name, last name and date of birth.

2.) Next, the users must enter their mobile phone number, email address, password and select a currency. The currency is available through a drop-down option.

3.) Lastly, the user is required to verify his or her age and enter a specific zip code. Then, click the red “REGISTER” box. Enter the bonus code when making a deposit. A deposit can be made via Bitcoin or Bitcoin cash. VISA and Mastercard are other payment options.