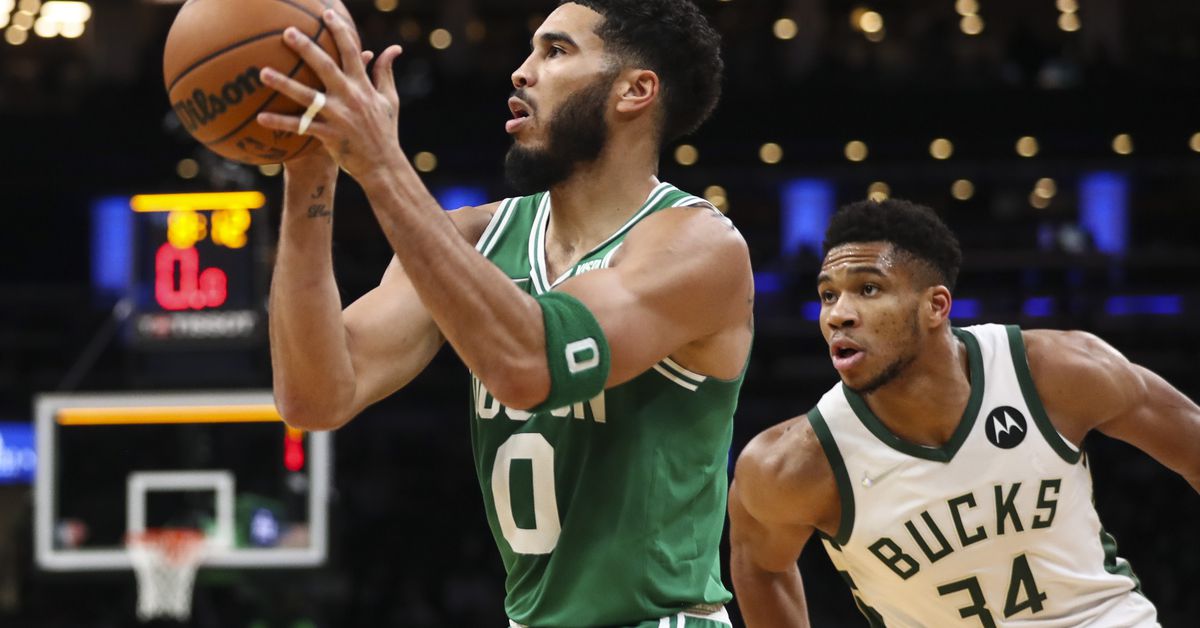 That’s where the Boston Celtics rank for pace over their last six games, while they sit way down in twentieth on the season. So, if the pace was unchanged, what did the team alter between their 1-4 road trip and their win against the Milwaukee Bucks on Monday night? It might sound weird, but they altered their pace.

Sprinting into screens, making decisions in under a second, and executing with deliberate intentions. The Celtics operated in Udoka’s “0.5” system for the first time this season, and the results were striking.

The “0.5” system is predicated on teams operating in a five-out offense (where everyone lines up beyond the perimeter) and makes quick decisions with the ball. Once an initial action (the entry action) has been made, players will begin to operate inside of the paint, but the philosophy remains the same. Make a decision within half a second, and then execute with pace.

Take this play as your first example, and note how quickly Jayson Tatum and Jaylen Brown make their decisions to pass the ball. There’s no dawdling, no pivoting back and forth, waiting to find someone on the wings who may have broken free. It’s simply “oh, my lane has been cut off, pass the rock,” and with it, the defense continues to scramble, until enough room is generated to take an open look.

The numbers back the film up, too. Against the Bucks, the Celtics shot profile looks like this;

Very tightly contested – defender within 2 feet of the shooter

Tightly contested – defender between within 2-4 feet of the shooter

Open – defender within 4-6 feet of the shooter

Wide Open – defender 6+ feet away from the shooter

Watch how quickly the ball travels on this possession, how every player aims to draw a defender before making the next pass. Then, when the defense has scrambled for almost an entire shot clock, the rock finds Grant Williams who sends Jrue Holiday the wrong way with a quick pass fake and gets the wide-open three as a result.

Of course, your mid-range attempts are rarely going to be uncontested, especially against a team that relies on drop defense like the Bucks. But, those mid-range shots (Boston took 30% of their shots in the mid-range per Cleaning The Glass) are what keep defenses on their toes and make them feel pressured into helping on every drive.

Tatum’s shot on the above clip, may not be analytically favored, but for him, it’s a good shot. It’s an even better attempt when you factor in how much the Celtics have struggled against zone defenses over the last 18 months. So seeing Tatum recognize the coverage, get towards the nail, and convert the zone-busting jumpers is encouraging.

You could pull almost any clip from the game against Milwaukee and find remnants of the 0.5 system on the play. A byproduct of such stellar decision-making is the Celtics’ 31 assists on their 43 made baskets. A system that is predicated on quick decisions usually lends itself towards high assist numbers – there’s a reason the Phoenix Suns and San Antonio Spurs (who both adopt the 0.5 system) are among the top four teams in assists per night.

Here’s another example of the passing and quick decision-making, this time leading to a Robert Williams throwdown off a lob pass.

Now, playing in such a decisive manner doesn’t mean that Boston wasn’t running some designed plays, nor does it mean the team didn’t allow certain possessions to devolve into isolation. Both of those things frequently occurred throughout the contest. However, it never felt like the Celtics were forcing a set, or were isolating to “get going.” Instead it had the feel of a well-balanced offensive approach that allowed players to be featured as both scorers and facilitators.

There was always going to be some sort of reaction following the team’s “animated” film session, but a win such as this, in the manner in which Boston dictated their own destiny, shows that there’s still life within this rotation yet.

We need to see more execution of this level in the coming days, weeks, and months before we can believe the Celtics have genuinely figured things out – because we’ve seen moments like this before, and they quickly faded to memory.

But, operating with a clear set of offensive principles, and dismantling the reigning NBA champions is a step in the right direction. Now the team needs to carry their performance into their next game against the Golden State Warriors, where quick ball movement and selfless play will be a prerequisite to breaking down the best defense in the NBA.