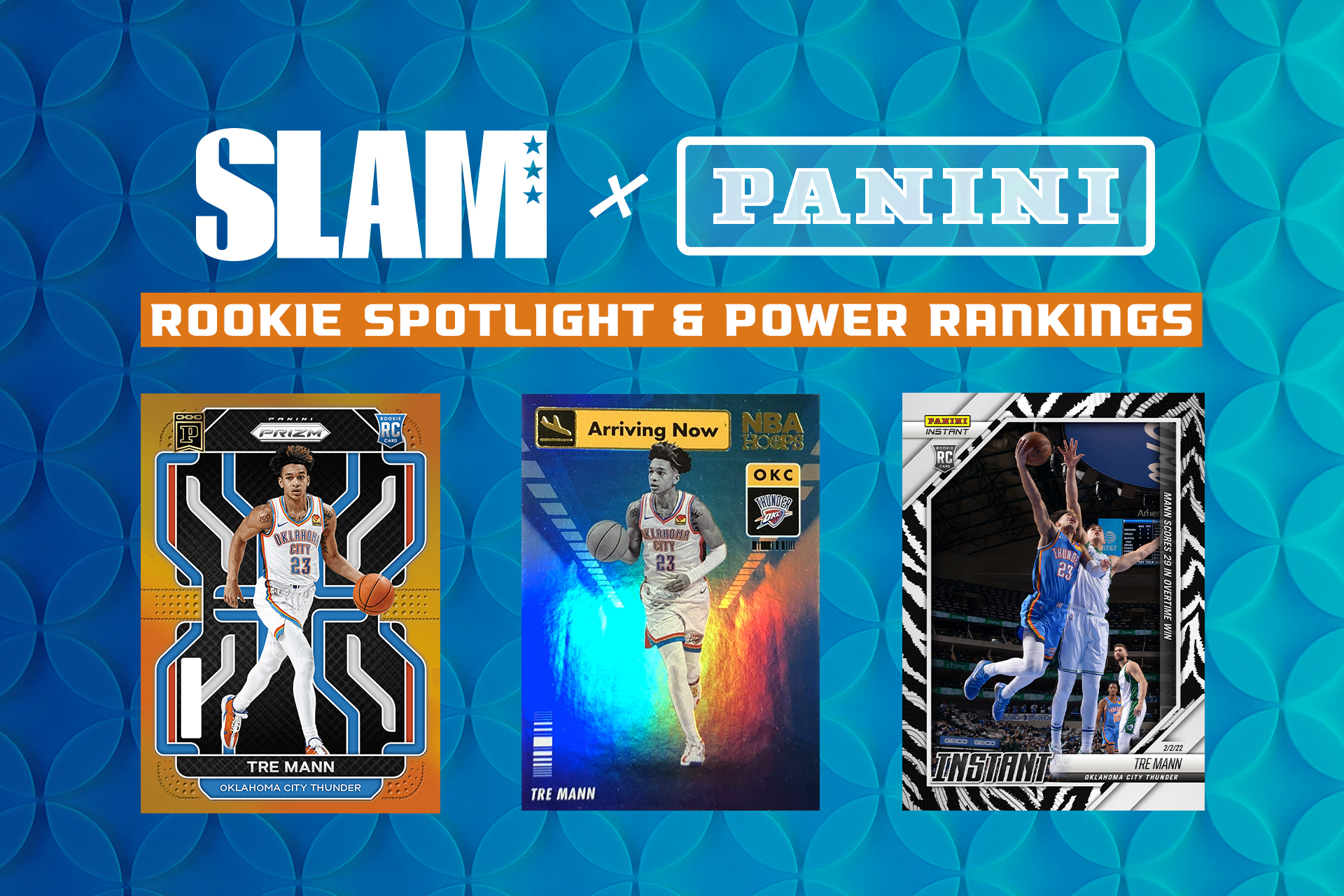 Here’s what Colt McDowell, head varsity coach at The Villages Charter School in Florida, told SLAM about his star guard Tre Mann back in 2019: “He loves the game, and he loves competing. And I think when you see him, that’s just how he plays—all out, doesn’t really know any other way, like he’s got something to prove. He’s gonna compete, fight, scrap, claw, keep going at you. That’s just how he plays. I’ve said for a long time, Tre just chose to play basketball. If he played football, if he played baseball, if he was in the band, whatever he decides to do, he’d be really good at it. If he stays humble and stays hungry and lets the results take care of themselves, he’ll be where he wants to be.”

Well, now Mann is in the NBA, and he’s still playing like there’s something to prove. After two years at the University of Florida, the dynamic guard was drafted with the 18th overall pick by the Thunder this past summer. He initially split time between the NBA and the G League, where he averaged 15.0 points, 4.4 rebounds, 3.9 assists and 1.7 steals for the Oklahoma City Blue. By December, he was getting more consistent minutes for the Thunder and starting to show what he could do—a 19-point outing against the Lakers; 11 points in 18 minutes in a win over the Clippers; 48 percent shooting from three (14/29) during an eight-game stretch.

When we profiled him in 2019, Mann—then a high school senior—said that he was studying and adopting moves from All-Stars such as Stephen Curry (his nickname growing up was “Baby Curry”), Bradley Beal, Devin Booker and D’Angelo Russell. You can see shades of those guys in his game, with the variety of ways Mann is able to score the basketball, and how effortlessly he makes it look at times. He hits threes off the catch and off the dribble, unleashing a deadly stepback to create separation. On the drive, he pulls up for soft floaters in the lane, and occasionally attacks the rim with force. He plays at his pace—smooth and methodical, rarely out of control—and with impressive confidence for a rookie.

Mann joined the starting lineup two weeks ago and has since scored in double figures four times. Last Wednesday, he led OKC to an overtime win over the Dallas Mavericks, dropping a career-high 29 points on 8/14 shooting from the field, 6/8 from three and 7/8 from the free throw line. Note his poise and assertiveness in the highlight video below:

I asked Nick Crain, who covers the Thunder for Forbes and Sports Illustrated, to share some insights on the 21-year-old from watching him all season.

“The offense was never in question for the young guard coming out of college, it was defense,” said Crain. “This was emphasized by Thunder coach Mark Daigneault early in the season, who said Mann’s performance on the defensive end of the floor would dictate his minutes and ultimate ceiling at the NBA level.”

Daigneault on Mann: “He’s coming along. Gaining confidence. We’ve shuffled him back and forth with the Blue, which is by design. He’s gonna be able to score in the NBA walking in the door. It’s becoming a two-way player.”

Mark Daigneault says Tre Mann’s size limits them in some of the matchups he can be in defensively.

He says there’s no question the offense is there. It’s about the defense for him.

“The duration of his career will come down to that end of the floor.”

“Mann actually has good size for a combo guard, standing at 6-foot-5,” Crain continued. “In fact, he’s still getting used to being this tall, as a late growth spurt is what catapulted him to the NBA. Between his freshman and sophomore seasons at Florida, Mann grew two inches and gained 15 pounds. This added size took his game to a new level, hence why he was taken just outside of the lottery.

“While Mann is becoming a legitimate scoring threat in Oklahoma City, it’s largely due to a large role of late. He’s played 32 minutes per game over the past week, which likely won’t be the case long term. When the Thunder are a contender once again down the road, Mann will likely be a high level sixth man. With that in mind, it wouldn’t be surprising to see him become a Sixth Man of the Year one day. A walking bucket, Mann will drop defenders on the perimeter with his un-guardable stepback or take them to the rim and put them on a poster.”