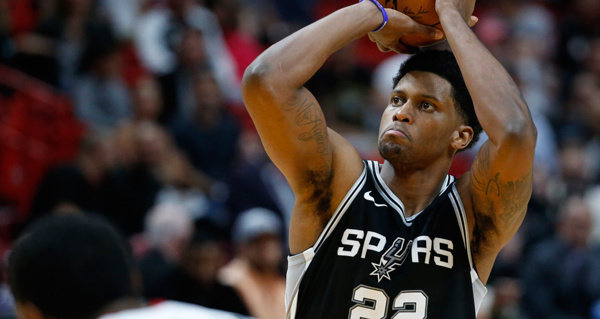 Rudy Gay will miss the preseason for the Utah Jazz. Gay had a minor surgery on his left heel. He’s expected to return sometime early in the regular season.

Gay signed a three-year, $18.5 million contract with the Jazz in the offseason. Gay is expected to be Utah’s top frontcourt reserve. He’ll replace Derrick Favors in that role.

Entering his 16th NBA season, Gay has become a valuable bench player over the last several seasons. The 6’9” forward spent the last four years with the San Antonio Spurs. Last season, Gay appeared in 63 contests and averaged 11.4 points and 4.8 rebounds in 21.5 minutes per game.

Bojan Bogdanovic is also currently limited for Utah due to shoulder soreness. He would be available to play if it was the regular season.