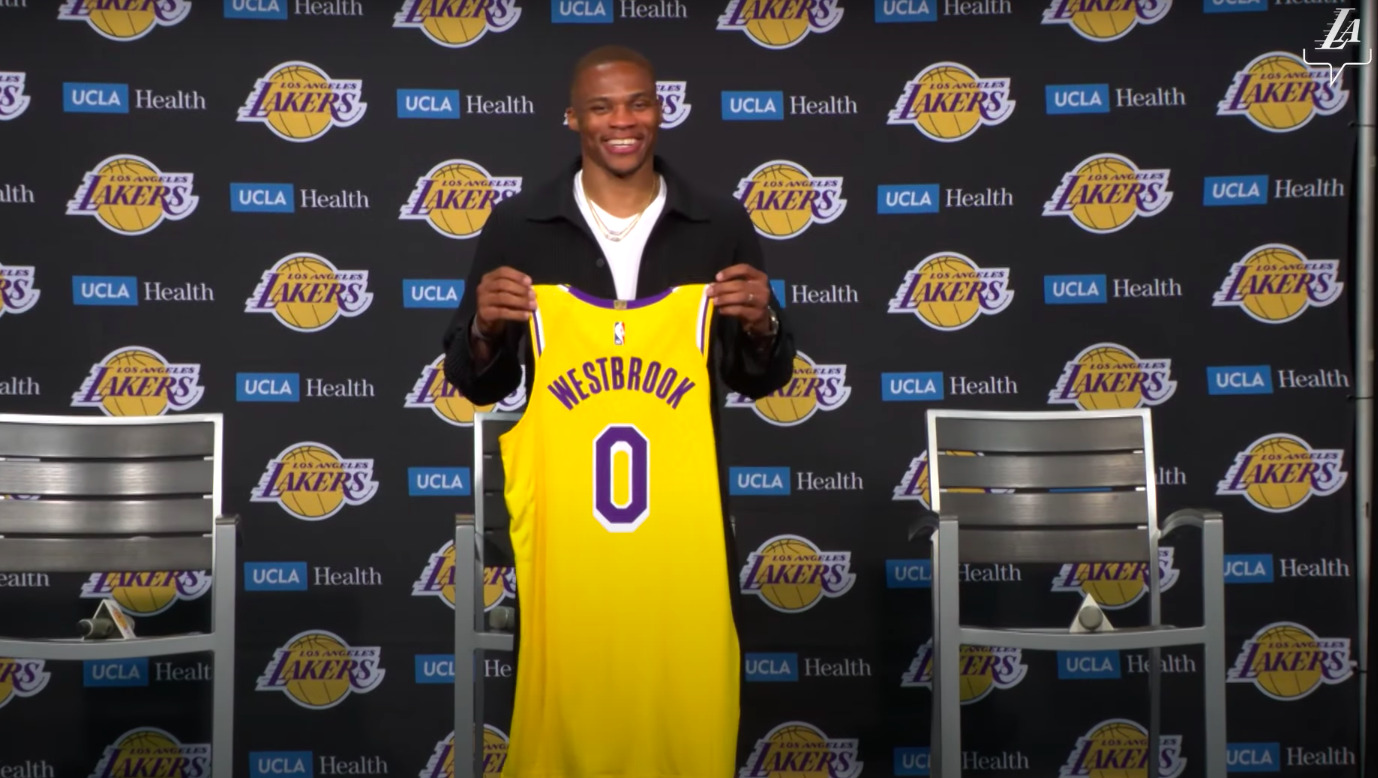 Lakers great Robert Horry was surprised when his former team managed to find a deal bring Russell Westbrook to Los Angeles. The seven-time NBA champion is confident that Russ will do well with Lakers especially since it was a return to his home city.

“Sometimes when you have a change like this this drastic coming to a city where you grew up in that you grew up loving, it gives you a lot of energy,” Horry said on Spectrum SportsNet. “So I’m expecting big things out of him because the emotions are going to be good, he’s going to go out and make everybody around him better. He’s going to be a Russ that maybe can be a leader for this team.”

When it comes to which version of Westbrook the Lakers will get, Horry would like it to be the one from the Oklahoma City Thunder days. “I want him to be Russ when he’s at Oklahoma when he had been playing with Big 3 when he took them to the Finals. I want that Russ because Russ was able to gauge the game, take advantage of opportunities and let KD do his thing, let James do his thing. And now you have AD — KD – AD — LeBron James — James – James, see? It’s a synergy there.”