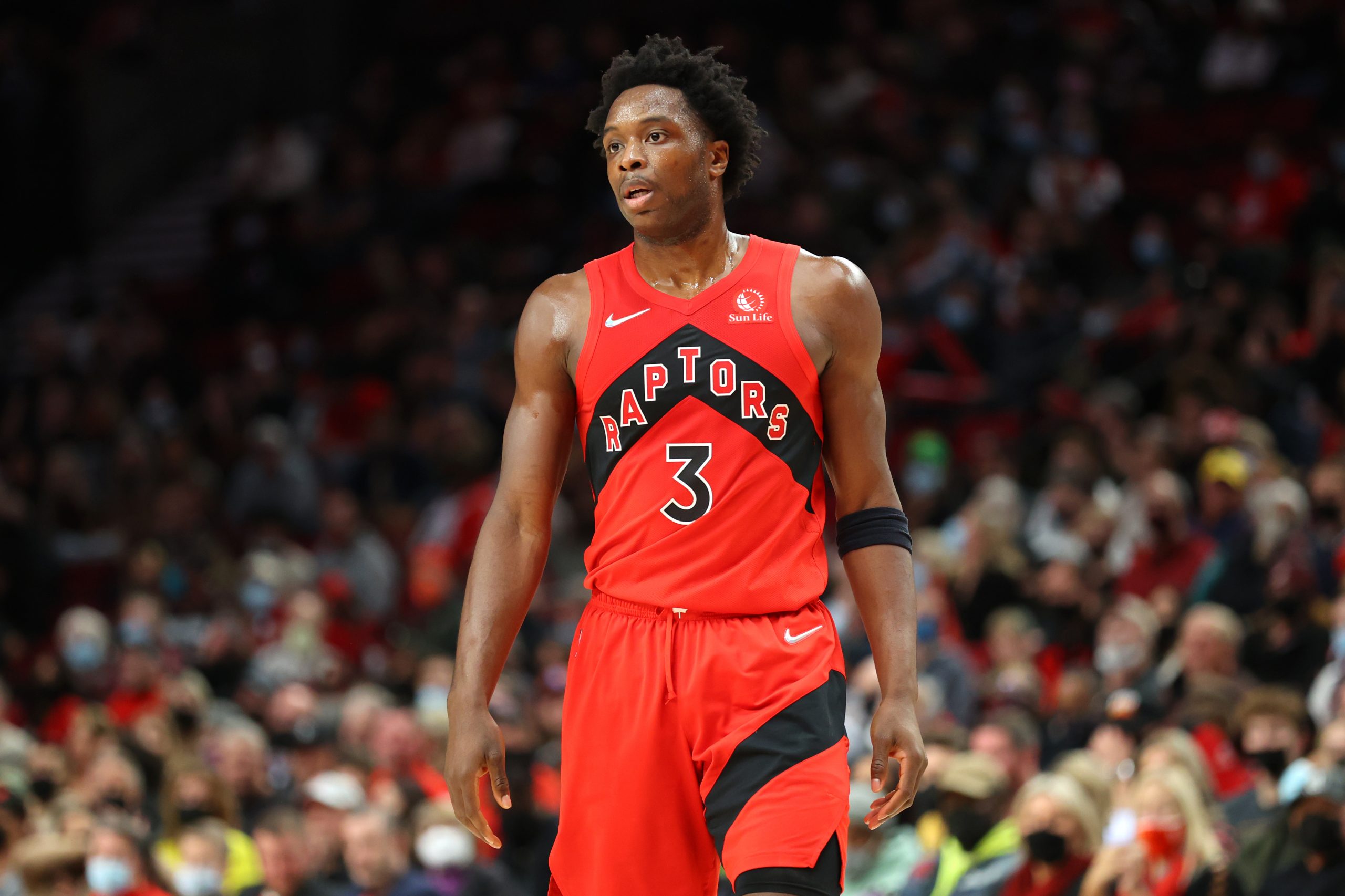 When the Toronto Raptors was without their franchise player Pascal Siakam, OG Anunoby took advantage of his opportunity and filled the void with a career-high 20.1 points and 5.4 rebounds per game to begin the season. However, he injured himself in a workout before the team’s six-game road trip and will be on the shelf.

After Anunoby missed Thursday’s game against the Utah Jazz with a hip pointer, the Toronto Star’s Doug Smith reported that “According to (vice president of player health and performance) Alex McKechnie, it’ll be a while.”

This loss will place more responsibility on the remaining frontcourt players Siakam, Khem Birch, and Chris Boucher, who are healthy` on the roster. Raptors’ head coach Nick Nurse talked about it this week via The Star.

“Pascal’s got to kind of fill in there for OG, a little bit more like he’s probably used to,” Nurse said. “And Khem and Chris gotta bring it, they’re going to have to bring a good 25 minutes each, 30 maybe, somewhere between 25 and 30 for those guys. And other guys got to bring it, too.”