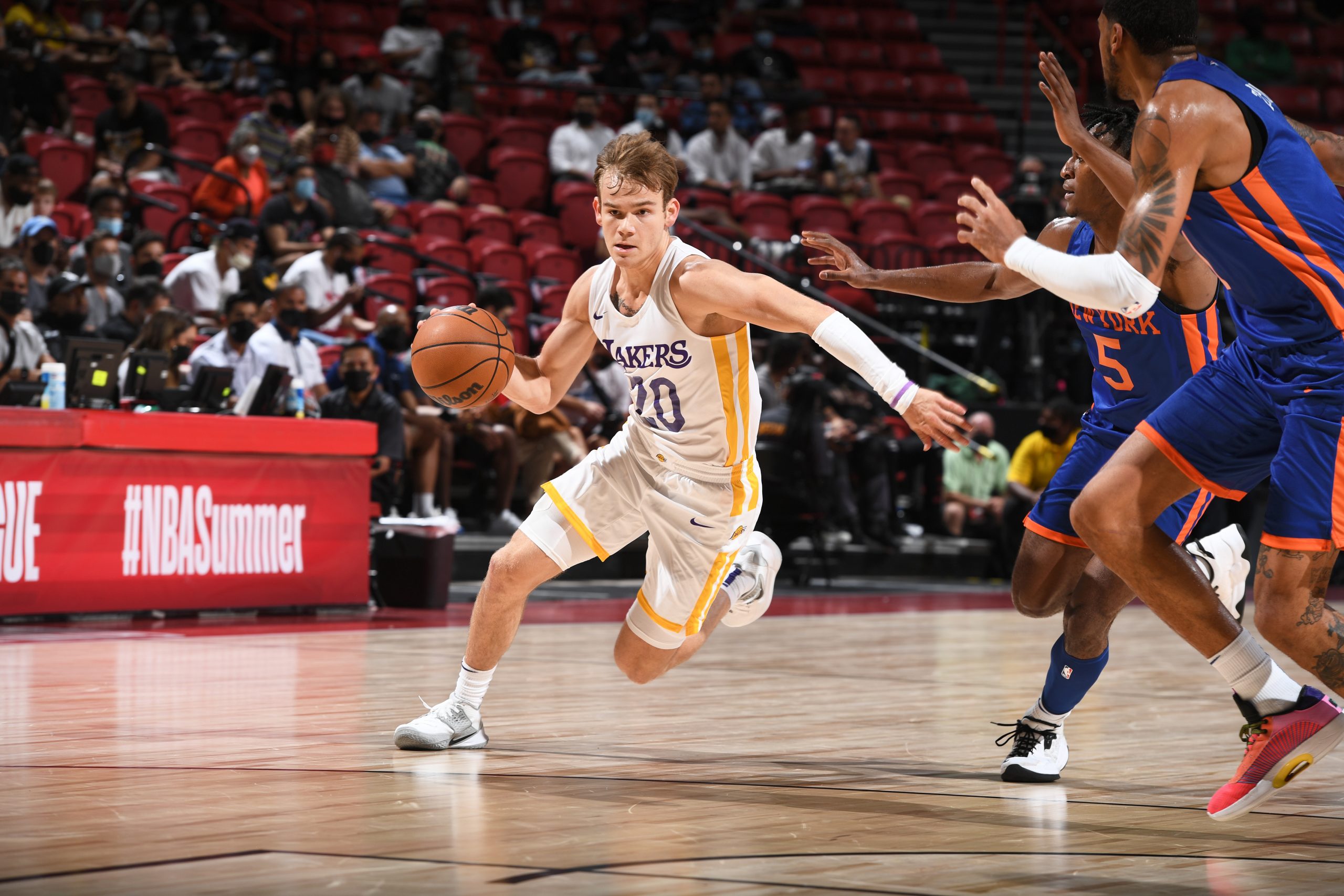 After signing with the Los Angeles Lakers as an undrafted free agent following the 2021 NBA Draft, 22-year-old guard Mac McClung has been waived, per The Athletic’s The Athletic’s Jovan Buha.

However, McClung’s NBA aspirations are far from over, as Buha reports that McClung will suit up for the South Bay Lakers (the Lakers’ official G-League affiliate when the season tips-off in November).

McClung has been around the Lakers organization since they signed him to their summer league roster; averaging 4.2 points, 2.8 boards and 1.6 dimes over five games in Las Vegas.

It’s no secret that McClung can fly with the best of them, but his 19.4 percent shooting percentage over the summer exposes areas of much needed improvement. Still, while he shot 1-for-7 from behind the arc in Vegas, McClung has shown glimpses of his budding shotmaking ability, shooting 34.3 percent on threes in his junior season with Texas Tech.

McClung may have to wait just a little bit longer for his League dreams to come to fruition but the Gate City, product has more than enough juice left in the tank to sway the minds of executives across the league.