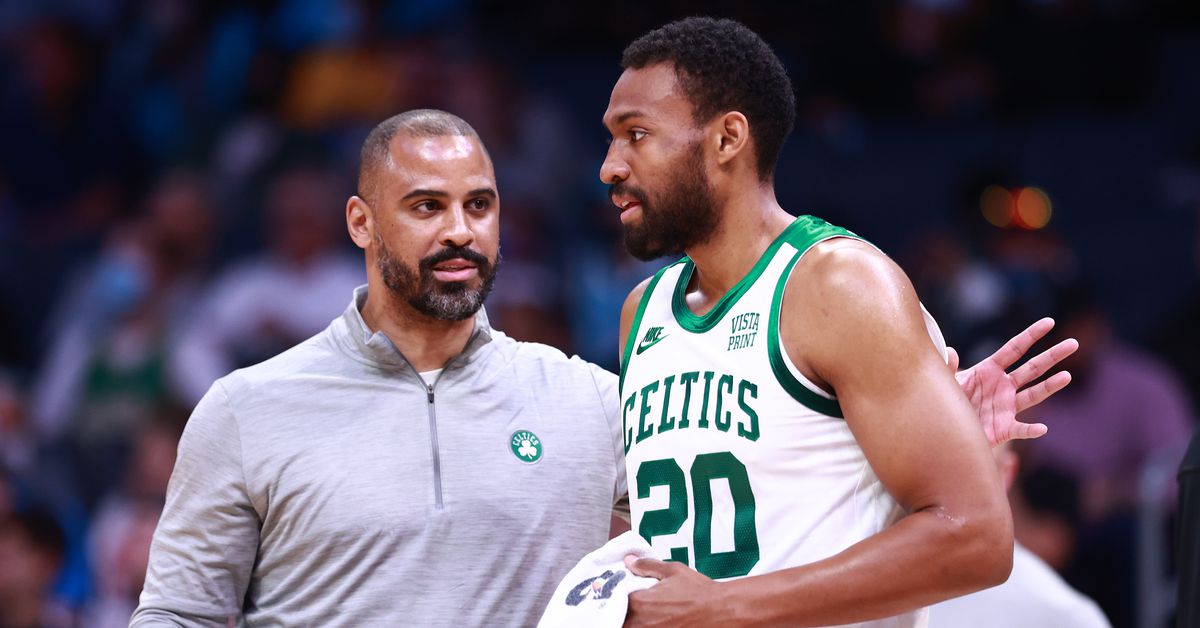 As though his ear was to the ground taking in the vibrations of Celtics fans bellowing for Brad Stevens to make a move after yet another awful collapse last night, the top dog has heard your clamoring, and he’s felt your pain. Thus, he’s made a move.

Is it a trade for an Atlanta package surrounding DeAndre Hunter and Kevin Huerter? Close. Is Isaiah Thomas coming home? Warmer!

The Boston Celtics… are reportedly planning to waive Jabari Parker.

Shams Charania of The Athletic reported Friday afternoon that the Celtics will let go of the journeyman reserve and “maintain roster flexibility with an open roster spot ahead of roster guarantee date.”

The Parker-in-Boston timeline is almost as twisty as the 14 trillion-plus possibilities Doctor Strange worked through to find a way for our heroes to walk away victorious in Avengers: Infinity War. Back in April, the Celtics signed Parker and waived Moe Wagner after their trade deadline move with the Chicago Bulls that sent Daniel Theis to Chi-Town. Then, in October, they waived him. Two days later, they re-signed him (not as weird as it sounds. It’s not necessarily standard, but not foreign either). Now, to kick off the new year, they’ve waived him yet again. Who’s to say whether or not this ends Parker’s ride in Boston, but it’d be safe to view this as the end(game).

In two somewhat truncated stints with the Celtics, Parker was an occasional spark, but for the most part — to continue with movie metaphors — he played the role of an extra. He averaged 5.4 points, 0.8 assists, and three rebounds in 11.6 minutes per game over the course of 22 total games. For what it’s worth, though, despite putting forth muted box score entries, Parker was efficient, putting up shooting stats that scratched the surface of a 50-40-90 player.

In CelticsBlog’s New Year’s resolutions earlier this month, Adam Spinella wrote of Parker’s lack of athleticism, emphasizing that “what’s best for Parker is playing at the 5, where his lack of quickness isn’t exposed as frequently. But on a Celtics team that likes to switch everything and a roster already stuffed with serviceable bigs, Parker feels buried in a situation that isn’t built for him.”

Assuming Parker is not claimed off waivers, the cap/tax hit for the Celtics for Jabari Parker will be $1,068,293. “This brings Boston’s total dead money on the books for Parker to $1,168,293,” Keith Smith reports. “The Celtics had $100,000 in dead money from Parker’s previous waiver at the end of the preseason.”

Other key dates to keep in mind considering the roster flexibility reasoning behind Boston’s move: January 10 is the date that all standard NBA contracts will be guaranteed for the remainder of the season. On January 20, all two-way contracts will become guaranteed for the remainder of the season. And lest we forget, once the clock strikes 3 p.m. ET on February 10, the highly-anticipated and discussed trade deadline will pass.