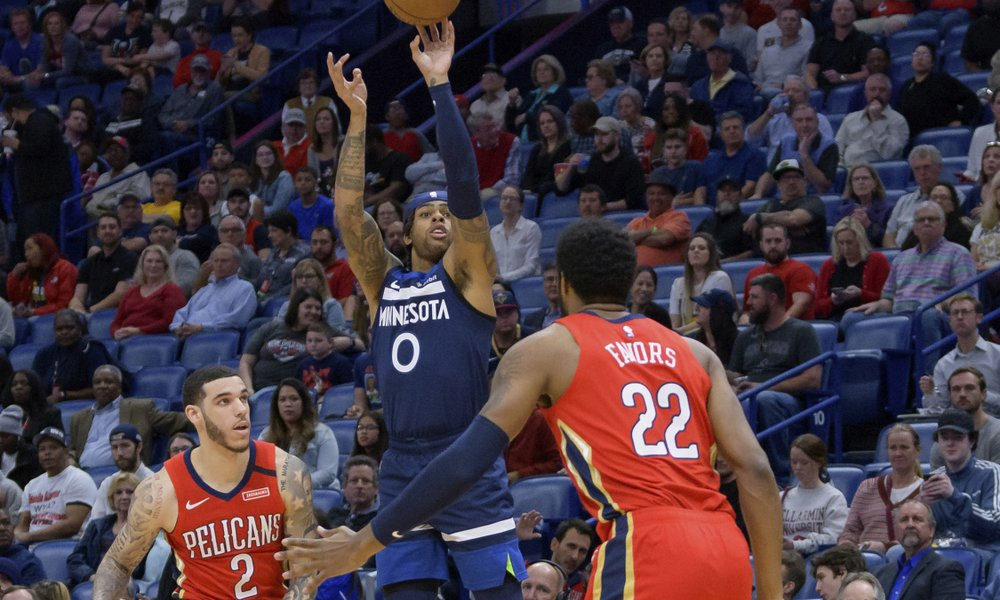 The Houston Rockets opens a new season sans James Harden for the first time since 2012, going up against the up-and-coming Minnesota Timberwolves on Wednesday, October 20, 8:00 P.M EST at Target Center in Minneapolis, Minnesota. BetOnline odds are posted below.

The Rockets have made minor roster changes just before they kick off their 2021-22 NBA season campaign. Houston waived forward Anthony Lamb. Filling in his place is Garrison Matthews, whose contract was converted to a two-way from Exhibit 10.

The Timberwolves, meanwhile, picked up the third-year option of Anthony Edwards and Jordan McDaniels, according to Shams Charania of The Athletic. Edwards, the No.1 pick of the 2020 NBA Draft, bucked off a less than stellar start to put up explosive numbers after the All-Star break, during which he exploded for 23.3 points per game to shore up his season average to 19.3 PPG with 4.7 RPG and 2.9 APG.

The Rockets will head into Wednesday’s matchup with the Wolves, with almost all key players available to play. Danuel House Jr. is listed questionable due to personal reasons, but the sharpshooter might eventually suit up for the up and running Rockets.

On the other end, the Wolves will be starting the season with defensive specialist Patrick Beverley serving the one-game suspension assessed on him following a shoving incident with Chris Paul in the minutes of the Clippers-Suns Western Conference finals series. Beverley spent the past few seasons with the Clippers before he got shipped this offseason to the Grizzlies and again to the Wolves in exchange for Jarret Culver and Juancho Hernangomez. Jordan McLaughlin and Jaylen Noelle are questionable for the season-opener with groin and back injury, respectively.

The Houston Rockets will be parading a collection of young players like Jaylen Green, Kevin Porter Jr., and Kenyon Martin Jr. in the first full season without perennial All-Star and former MVP James Harden. The Rockets gathered a 1-3 slate over four preseason games; nevertheless, this series of exhibition matches had shown the immense potential of their young players. Beginning this season, Houston will focus on acquiring young talent, developmental and chemistry-building in the hope of becoming a relevant team again within the next 2-3 years.

Meanwhile, it’s playoff or bust for the Timberwolves coming into the season with Karl-Anthony Towns, D’Angelo Russell, and Rookie of the Year runner-up Anthony Edwards forming a solid triumvirate. This season, the Wolves will also have a deep roster as they expect improvements from their young guys such Josh Okogie and Jaden McDaniels and contributions from veterans like Beverley and Malik Beasley.

The Wolves are 2-1 against the Rockets over their last three meetings, averaging 109.33 points on 42 percent shooting. These numbers are set to improve with the group of offensively gifted talent they have this season.

The Rockets will push the basketball in every opportunity they will have, given the fresh legs on their side. Jaylen Green is looking like an athletic scorer with two-way potential at this stage of his pro career, so is Kevin Porter Jr, who showed out since he got traded to the Rockets midway into last season. Together, they will form the newest wing combo for the Rockets, just over a year removed from the forgetful James Harden-Russell Westbrook reunion.

The Rockets will show flashes of potential early on, capitalizing on every fastbreak situation and putting their explosive athleticism on display. However, the Wolves will not miss the chance of making a bold statement in the season-opener. Towns, Russell and Edwards, are primed to chalk up big numbers in this game, especially against this inexperience and defensively challenged Rockets squad.

Pick the Timberwolves to win outright and cover the 6.5-point handicap. The smart bet is on the over as well since neither of these teams is known for defense. For more NBA odds, visit BetOnline.